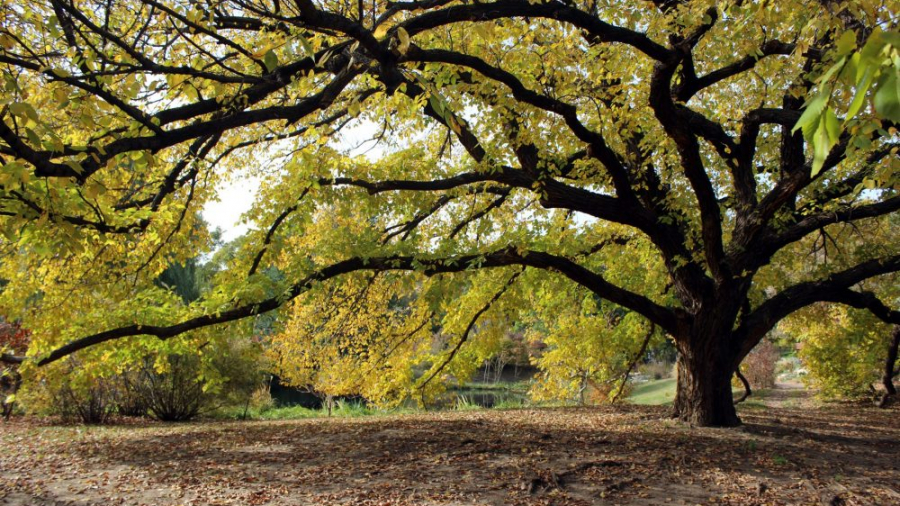 It’s a new year and that often means we discard the old and ring in the new. January 1 typically serves as a reset button where we let go of things that aren’t serving us and embrace positive change.

In this month’s blog I encourage you to embrace the old and recognize how important it is to do so. Of course, I’m talking about plants and specifically two trees – the American Elm (Ulmus americana) and the American Chestnut (Castenea dentata).

American Chestnut trees are functionally extinct, yet recently in some private woods in Delaware, a deer hunter spotted what appeared to be a mature Chestnut tree. After extensive evaluation, experts confirmed that this tree is in fact an American Chestnut with natural blight resistance. 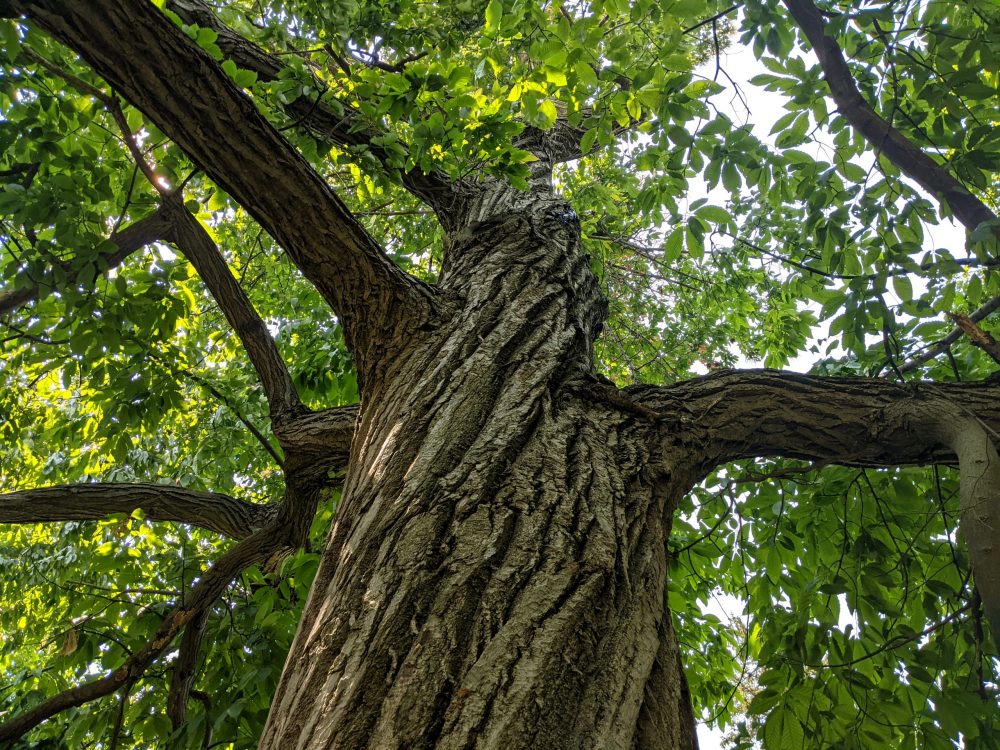 Most Old American Chestnut trees like this one have vanished from the landscape. 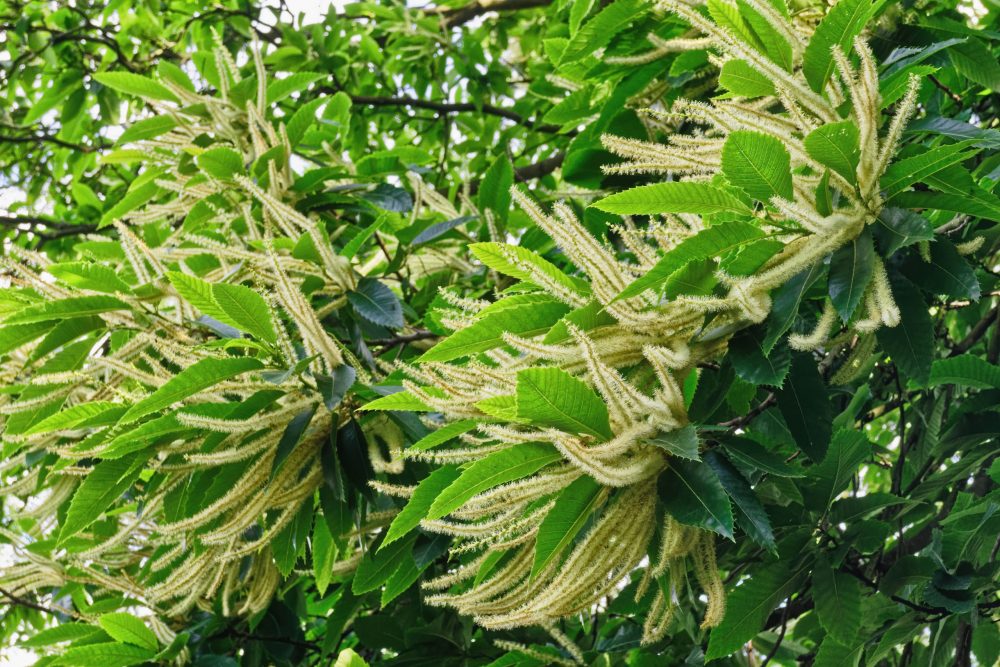 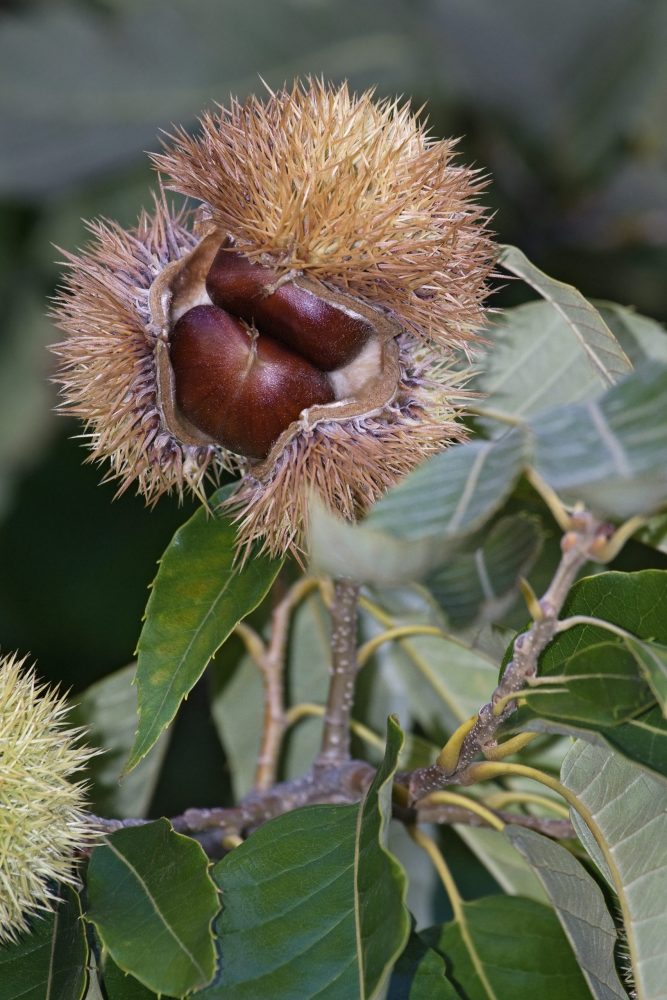 A chestnut emerging from the burr

The American Elm suffered in a similar way to the American Chestnut. In 1930 the Dutch Elm fungus was introduced to the US by accident through a shipment of logs imported by a furniture maker. Fortunately, breeders have introduced some disease resistant cultivars to the trade. You’ll likely be able to find Ulmus americana ‘Valley Forge’ and ‘Princeton’ at a nursery near you. I planted the Princeton cultivar on my property this year since I’m striving to maintain a high canopy and feel a diverse selection of trees is paramount to my success. 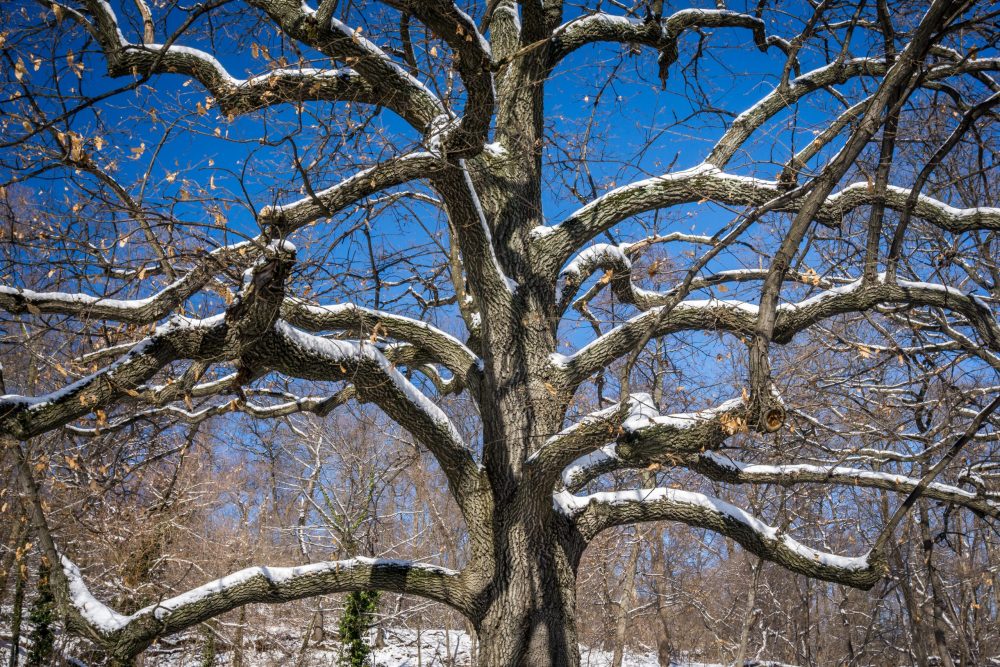 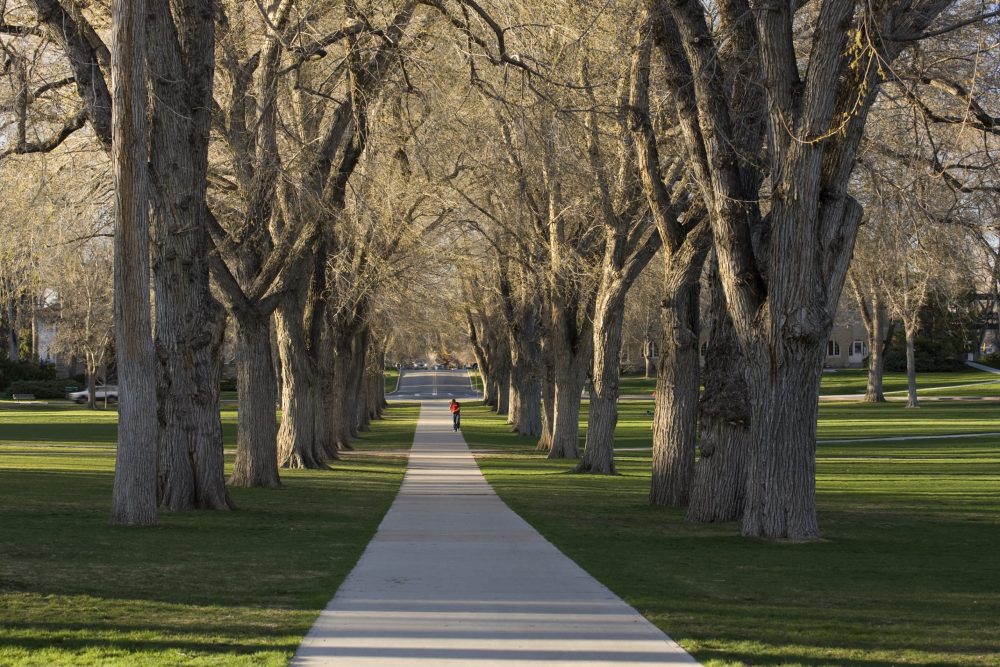 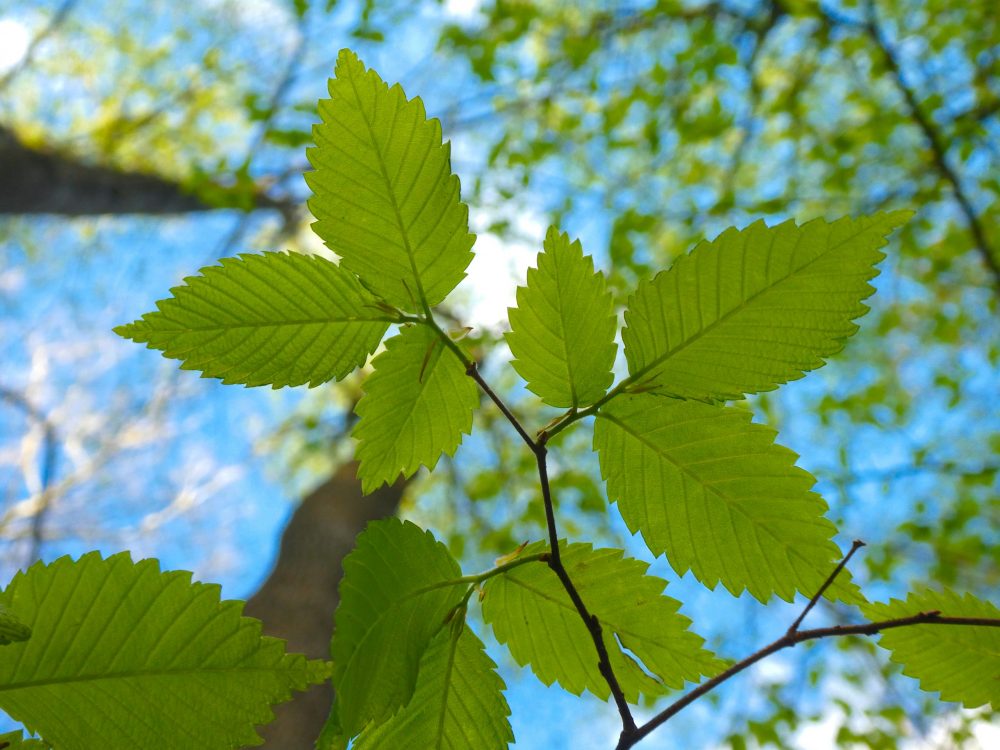 The striking form of Elm leaves. 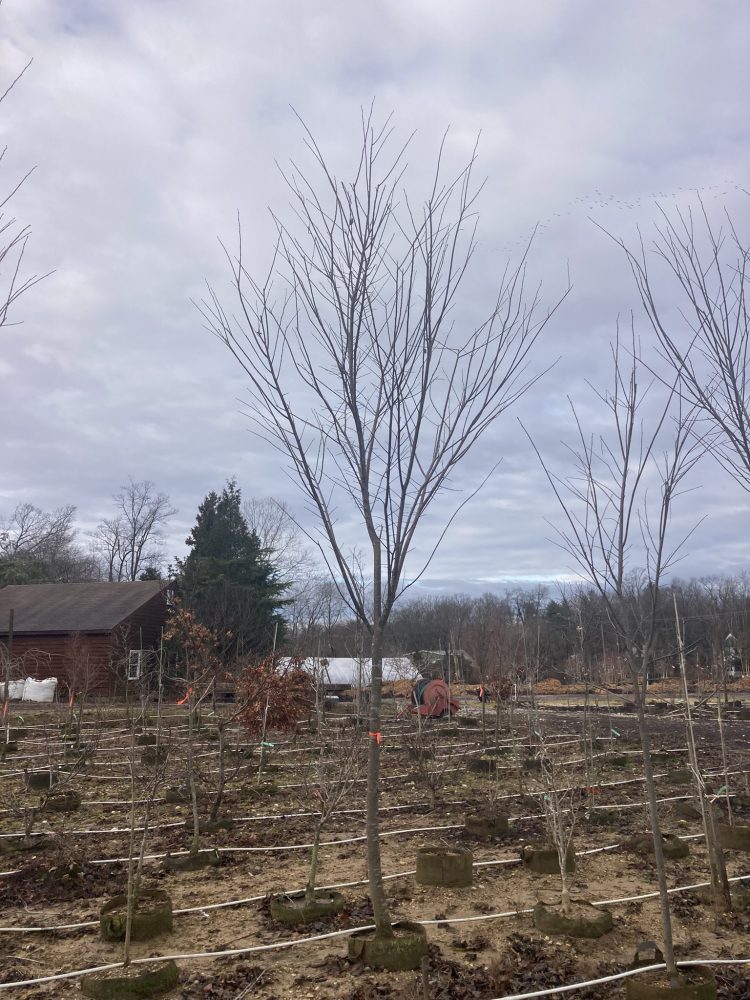 A Princeton Elm for sale at a local nursery. 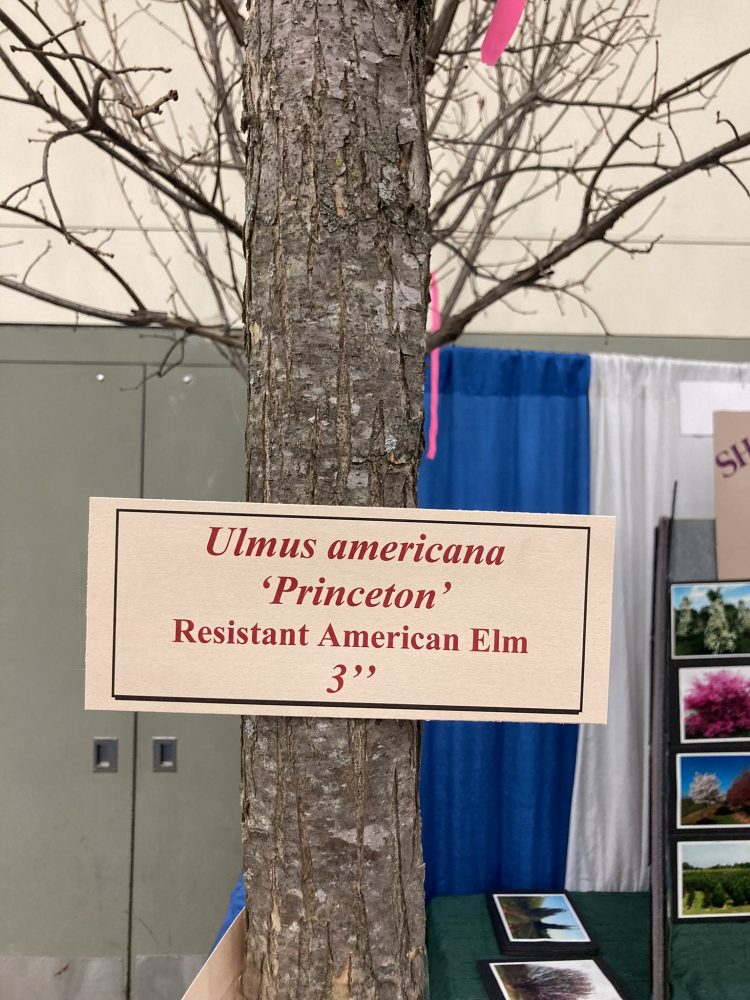 A disease resistant Elm featured at a trade show.

I encourage you to plant a variety of trees on your property for your own pleasure and for the health of our planet. According to an article by Suki Casanave, a single large American elm, located on the southern side of a home, can intercept 2,384 gallons of storm water, conserve 107 kWh of energy, and sequester 518 pounds of CO2 annually. Since our native Ash and Red Oak trees are succumbing to pests (Emerald Ash Borer) and pathogens (Bacterial Leaf Scorch), the time to plant is now. Get out there. Hug a tree and most importantly plant one.