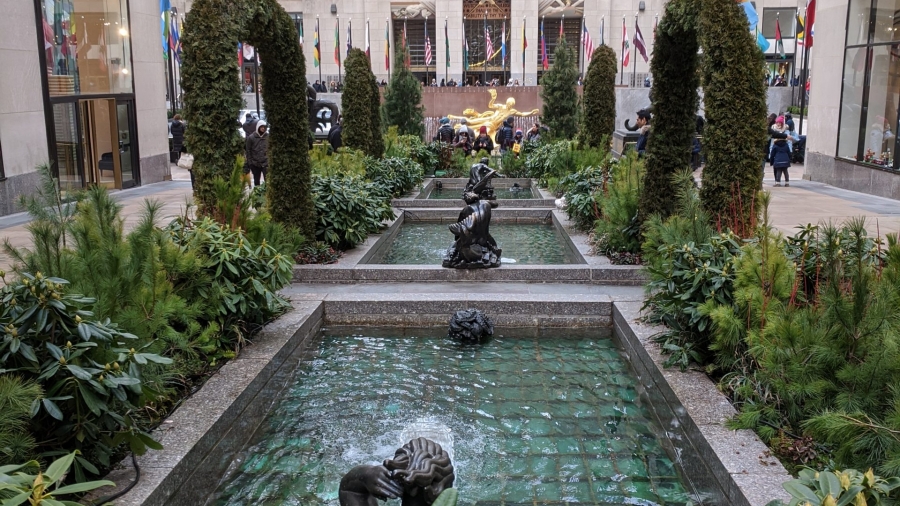 “We are still in Eden. The wall that shuts us out of the garden is our own ignorance and folly.”

More than half a million people flock to New York City’s Rockefeller Center each year to admire the Christmas tree and watch ice skaters glide along the famous rink. Others prefer to get into the holiday spirit by watching The Christmas Spectacular at Radio City Music Hall. I suspect that most of these visitors (and perhaps even you) have no clue that beneath their feet once stood America’s first medicinal botanic garden. 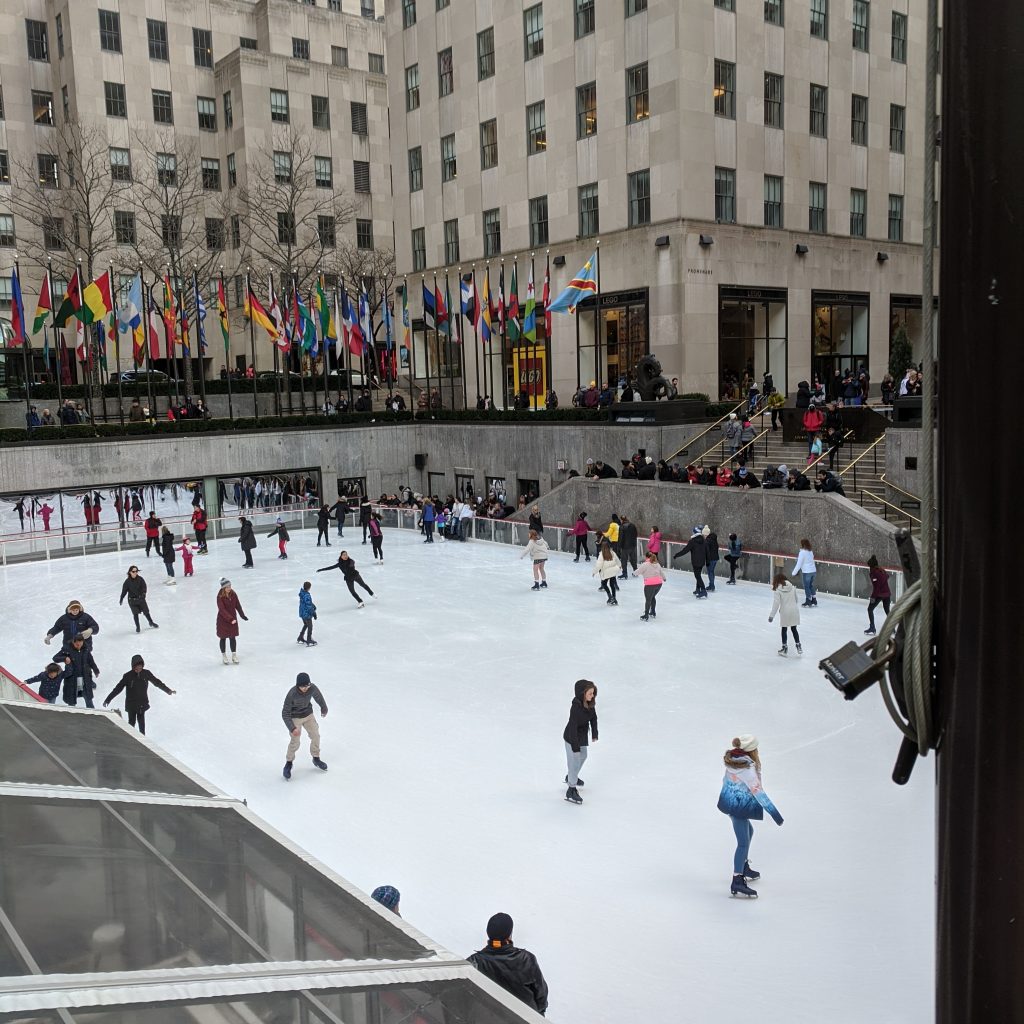 I became aware of David Hosack and his Elgin Botanic Garden when I heard Victoria Johnson speak at a Hardy Plant Society event last year. She talked about her book American Eden, a biography of Dr. Hosack, who was the personal physician present at the duel between Alexander Hamilton and Aaron Burr in 1804. 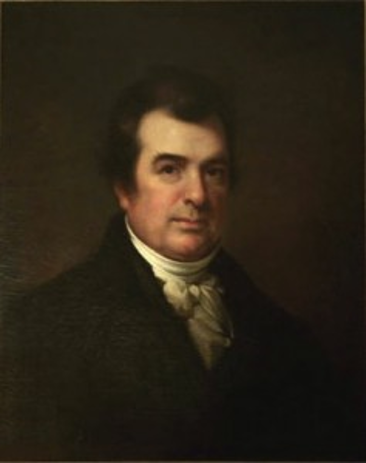 A portrait of David Hosack

By reading American Eden I learned how Dr. Hosack treated patients in the early 1800’s through innovative plant combinations. He used juice from his orange trees to ward off scurvy and determined that figs were not only delicious, but also could be made into a poultice to soothe infected skin. He realized that Peruvian bark along with heat would cure an infection, a more effective alternative to the bleeding technique that was so popular at the time.

Hosack established his 20-acre Botanical Garden in 1801 and named it Elgin after the town in Scotland where he grew up. He cultivated unusual plants from around the world and utilized his garden as a living classroom where he taught the next generation of botanists and doctors as a professor at Columbia University. He even built a large conservatory where tropical and tender perennials were sheltered from adverse weather conditions. 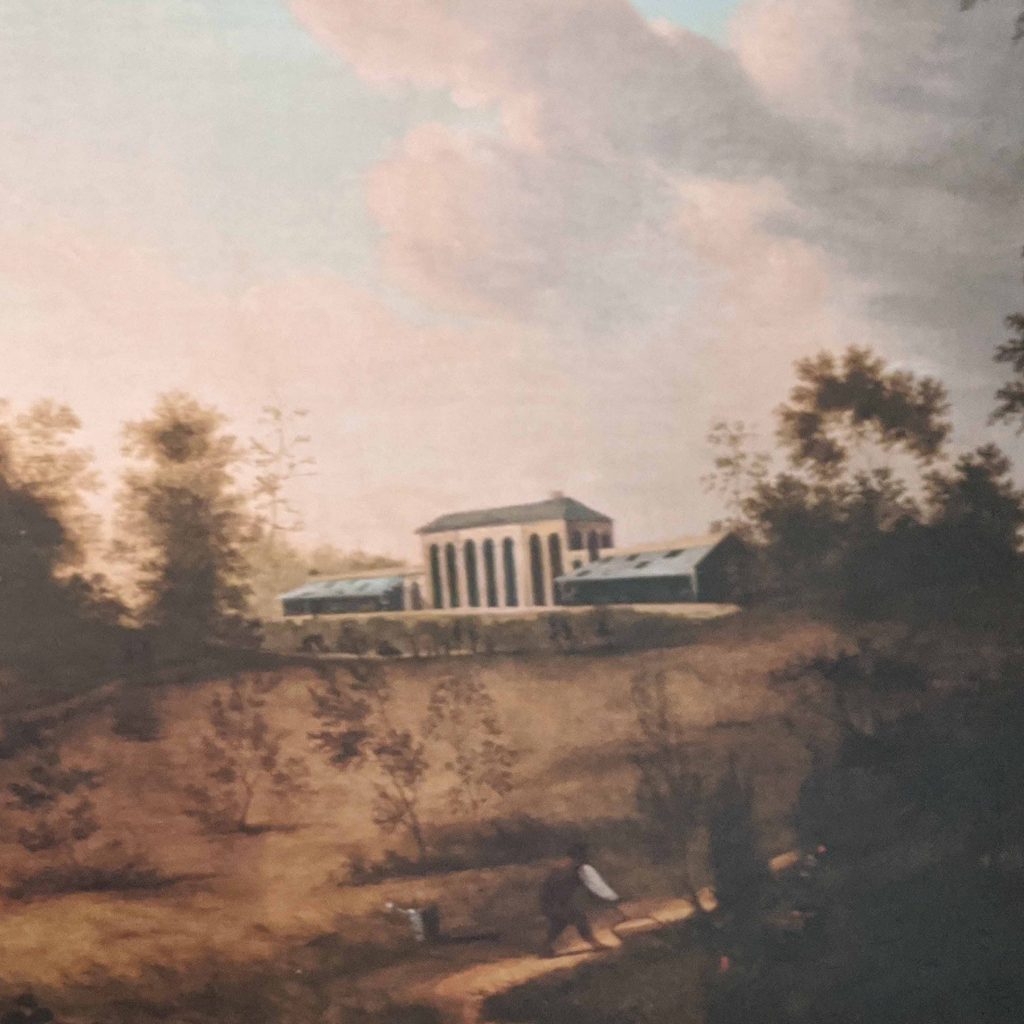 A rendering of the Elgin Garden Conservatory

Hosack poured personal funds into the growth of the garden until at its prime, the garden featured over 2000 plant species. Realizing he could not afford to sustain it, Hosack sold it to New York State in 1811 with hopes it would be maintained and further developed. Unfortunately, the garden fell into neglect and was eventually consumed by New York’s urban expansion.

Although the Elgin Botanic Garden no longer exists, I hope you’ll pause to remember it during your next visit to Rockefeller Center. Take time to dine at The Elgin, a casual eatery situated on what would have been the southwest corner of Hosack’s Botanic Garden, which honors the garden and its founder. The Elgin brings the garden to life again with numerous plaques and botanical prints of plants that would have been growing on the site in Hosack’s day. Then seek out the small sign in the channel garden on Rockefeller Center’s concourse and pay your personal respects to an important man who devoted his life to New York, people’s health, his nation and nature. 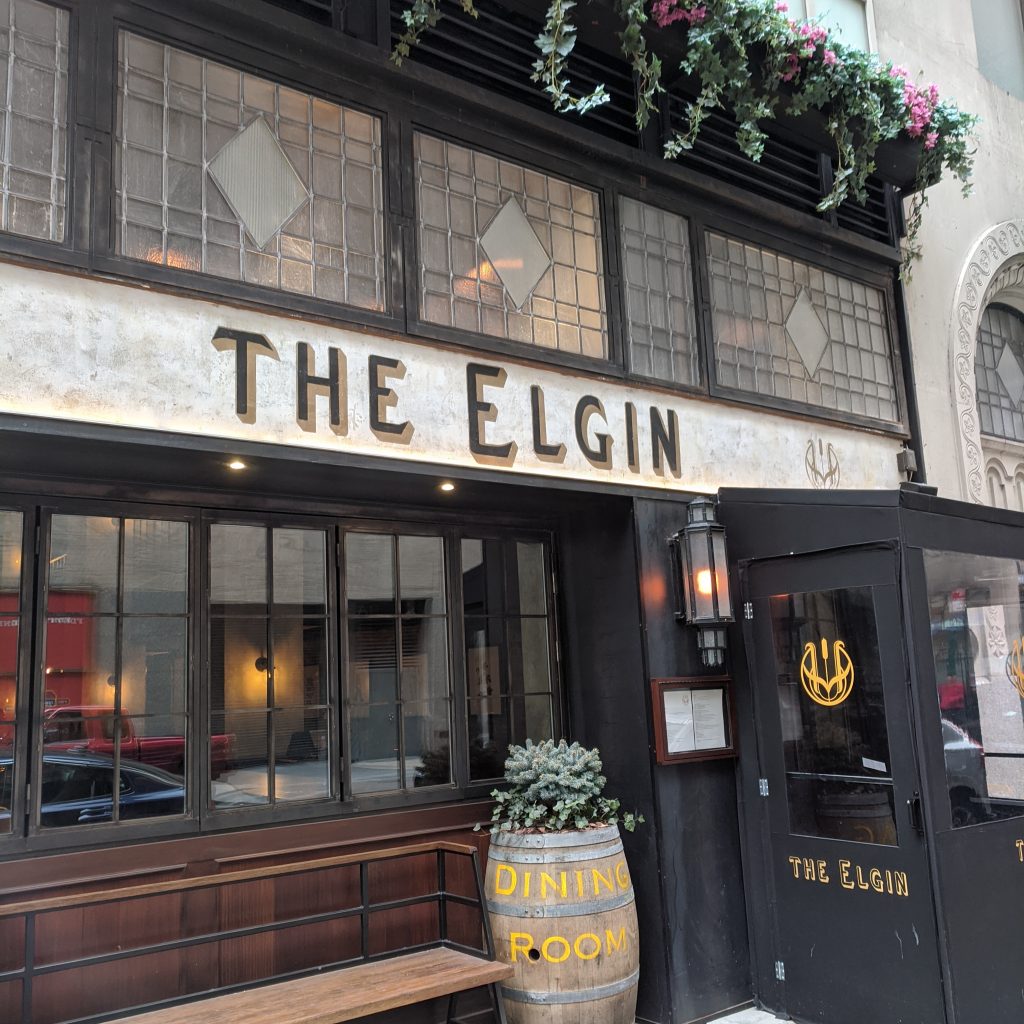 The façade of The Elgin restaurant 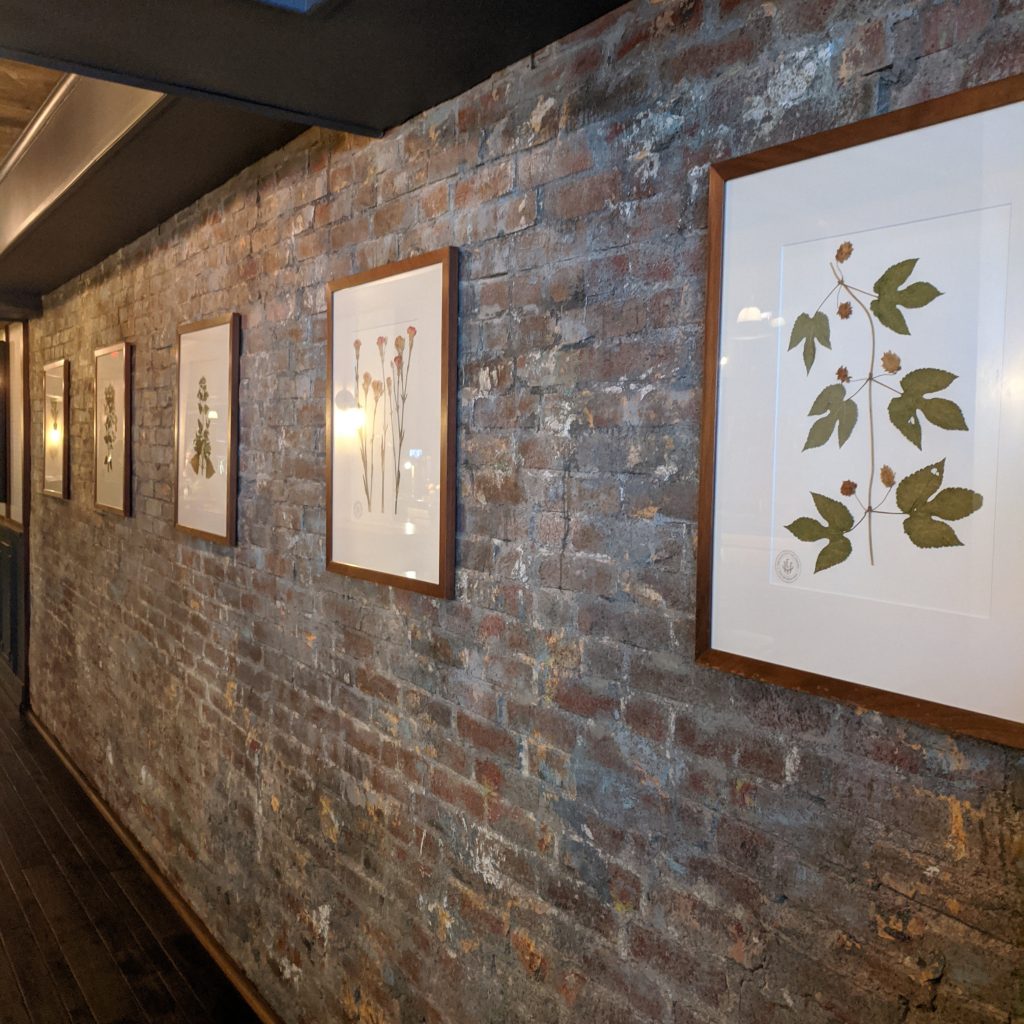 Botanical prints line a wall at The Elgin 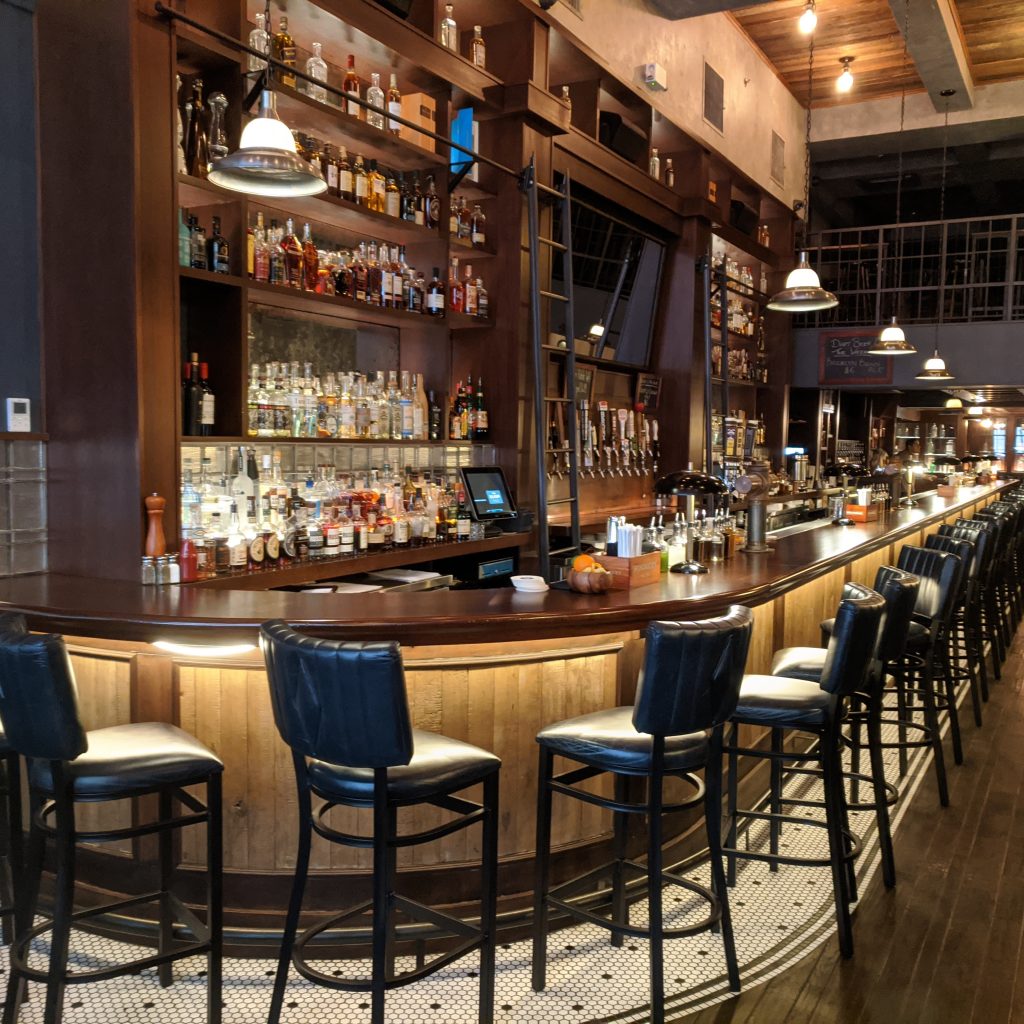 A swanky interior invites you to eat, drink and be merry. 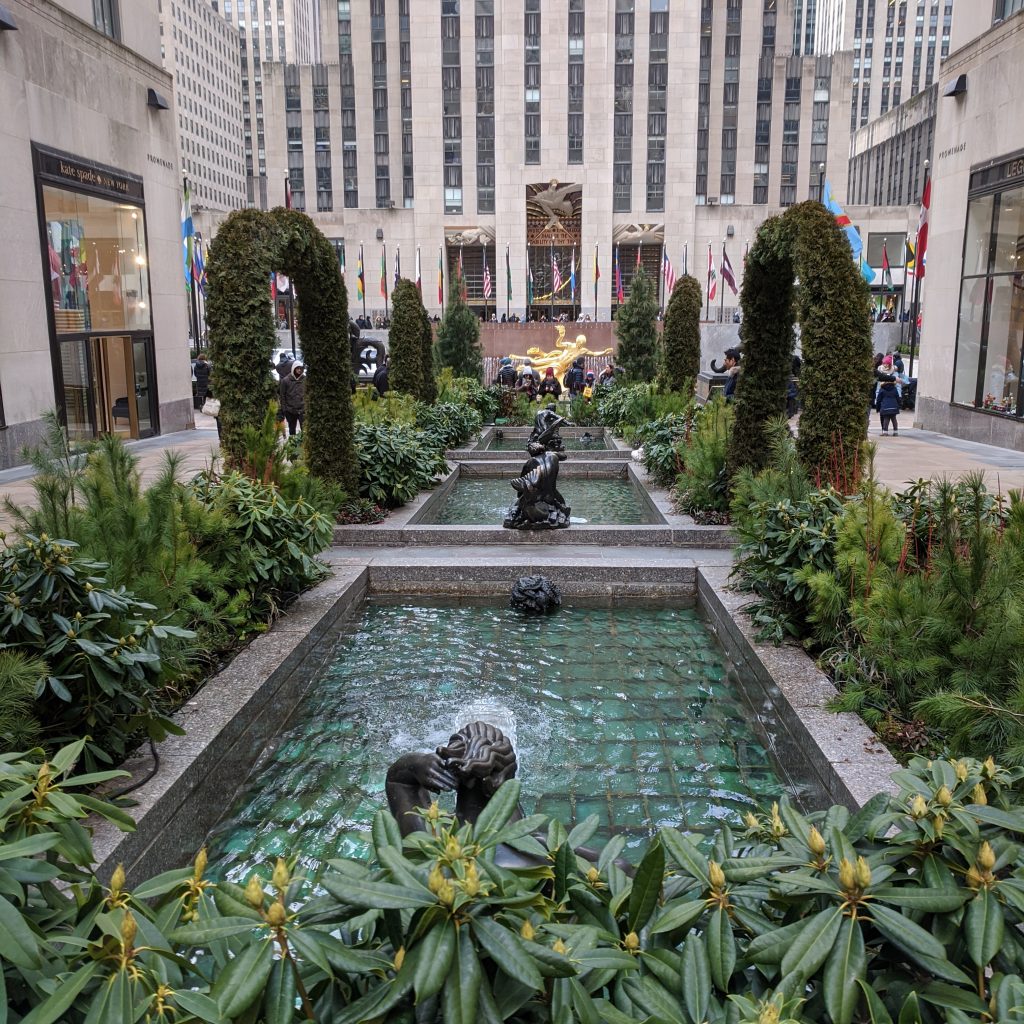 The channel garden at Rockefeller Center

The hard to find plaque that pays tribute to David Hosack

Note that in August of 2021 a reader learned that the hard to find plaque has been temporarily moved for some garden renovation work.  An identical plaque is located outside the Elgin restaurant. Hopefully, the original plaque will be replaced soon.  In the meantime, visit the channel gardens and The Elgin to pay homage to an amazing man and an integral part of our history. 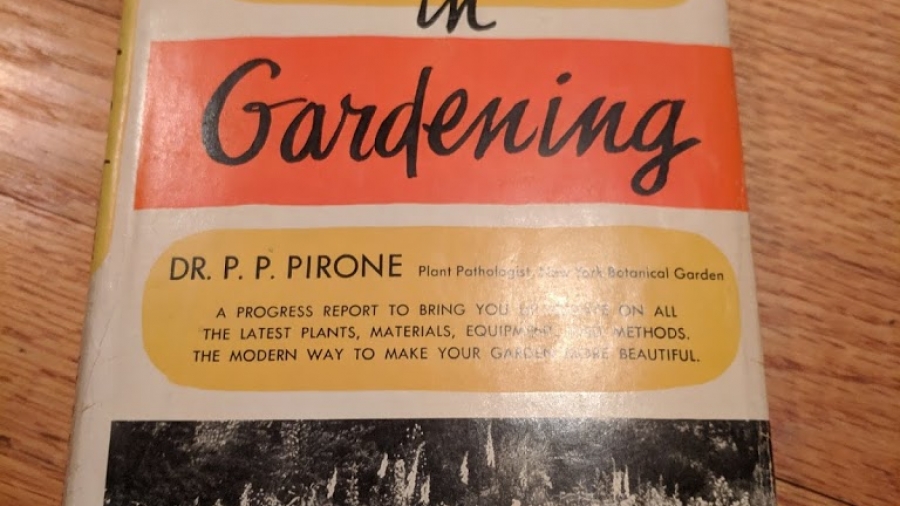 by Carol Verhake with No Comment gardening books
Change is the only constant. Don’t you agree? Dr. Pascal P. Pirone, an expert on plant disease for the New York Botanical Garden, who died in 2003 at the age of 95, recognized great changes occurred in horticulture in short periods of time. How do I know this? Because I just finished reading his book ‘What’s New in Gardening’ which was published in 1956!

I was curious to know how much of what he wrote over 50 years ago would apply today. The first thing I noticed was that Dr. Pirone was not politically correct. He would have made the news based on his introductory comments that “Gardening today is drawing housewives out of the kitchen and many of their husbands away from the golf course and the fishing boat.” He continued by saying that “The housewives appear to be more interested in ornamental plants; the husbands are attracted more toward lawn management and vegetable growing.” Yep, the times have changed.


But much of what Dr. Pirone observed, still applies today. He observed that “Gardening is not static. It is a constantly changing hobby. It is more than a rebirth every spring. There are always new kinds of trees and flowers, new tools, new chemicals to do a better job with less effort on the part of the gardener.”

I also liked his description of gardeners. “Two characteristics of a dyed-in-the-wool gardener are his short memory and his optimism. By January he has forgotten his failure of the previous year and is already planning to grow perfect plants in the coming spring. Another characteristic of any person who likes the soil his that he is a good person at heart. I have never known or heard of a true gardener who was mean. Somehow love of the soil and meanness never go together.”

As horticulturist at the New York Botanic Garden in the Bronx from 1947 to 1974, Dr. Pirone was responsible for keeping its indoor and outdoor plants in good health. He was a highly sought after teacher and speaker and his expertise was apparent in his books.
The first chapter in ‘What’s New in Gardening’ was entitled ‘Plants with Constitution Rights’ and it was about the process of patenting plants. I learned that the ‘New Dawn’ climbing rose was the first plant patented in the United States in August of 1929 by Somerset Rose Nursery in New Brunswick, New Jersey.
The story about the New Dawn rose was pretty amazing to me. Apparently, in the spring of 1925 Henry Rosenberg purchased ten climbing roses from Dr. Van Fleet, a famous rose hybridizer.  Most of these roses were planted, but one was heeled in temporarily. Weakened by abuse, the heeled in rose struggled to survive. But this struggle seemed to give it extra vigor and an incredible will to live. In the summer a tiny shoot appeared with a single pink flower, followed by more flowers as the season progressed and continuing into November. Never before had there been a hardy, recurrent-blooming, climbing rose. And thus, plant patent #1 was born. As in 1925, plant patenting is still big business with over a thousand plant-based patent applications being submitted to the United States Patent Office each year.
Other chapters in the book included a discussion of annuals, perennials and bulbs and how best to grow them. Dr. Pirone referenced plants that had won the All-America Award which reminded me of the Perennial Plant of the Year award we celebrate today.
Dr. Pirone also educated readers on shrubs, trees, vegetable gardens, house plants and more. He talked about lawns, plant propagation, tools and chemicals. And while the ‘new plants’ and tools he discussed are now passé, and his recommendations for use of chemicals would be looked down upon those who prefer more organic practices or lawn replacement, many of the concepts highlighted still apply. It just goes to show you that what goes around comes around, and often history repeats itself.

So the next time you work in your garden or make a trip to the garden center, think about those who have gone before. Think about how what’s old is new again. Think about educators like Dr. Pirone and many, many others who spent their lives caring for plants and the people who love them.