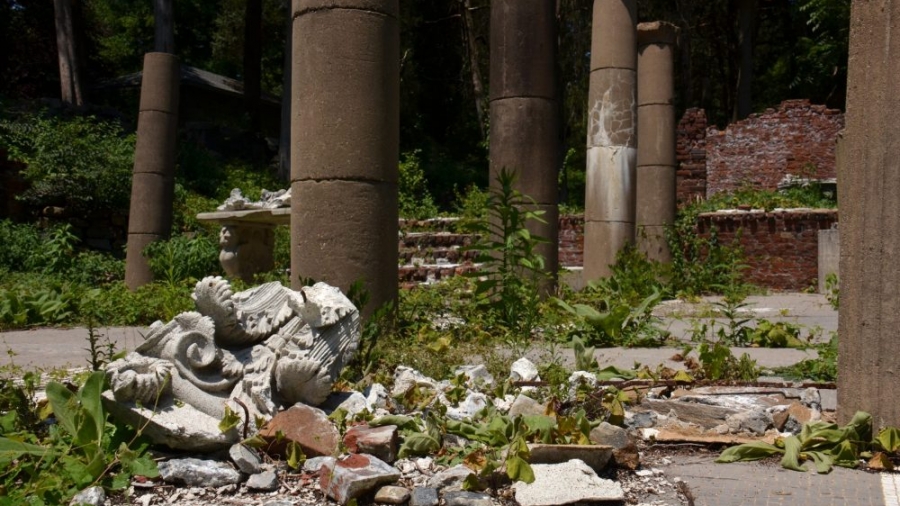 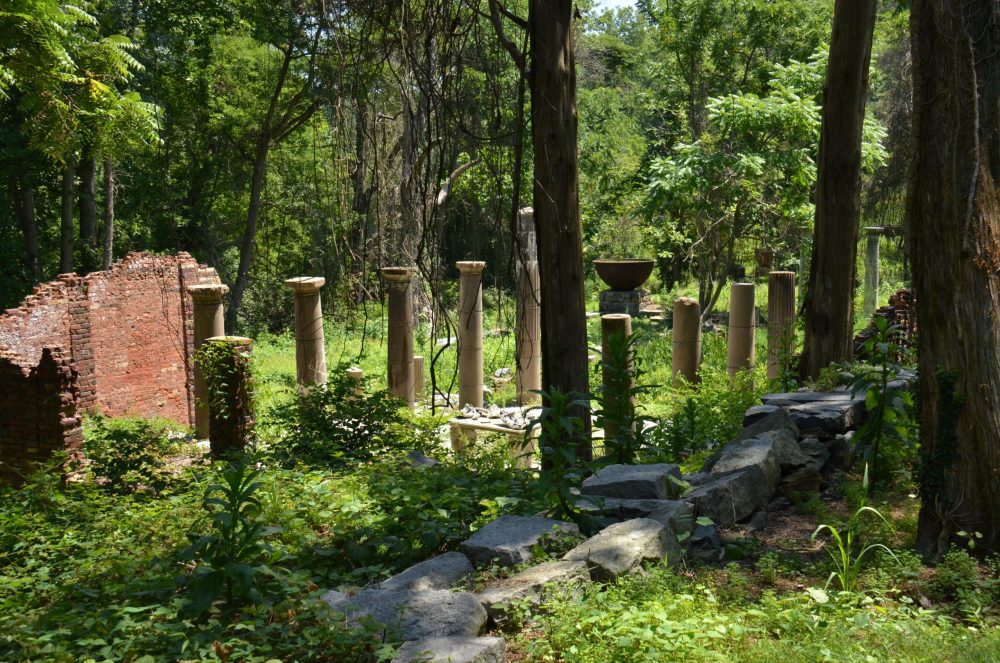 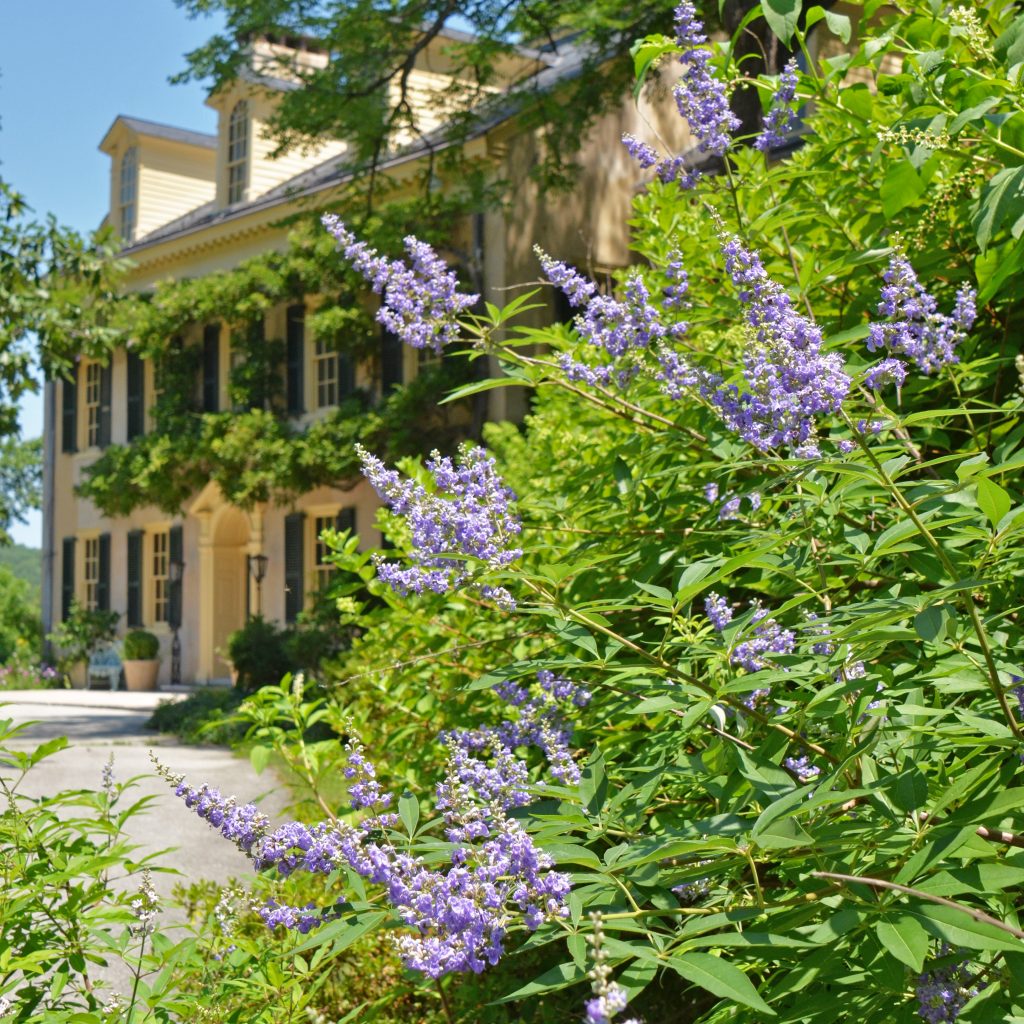 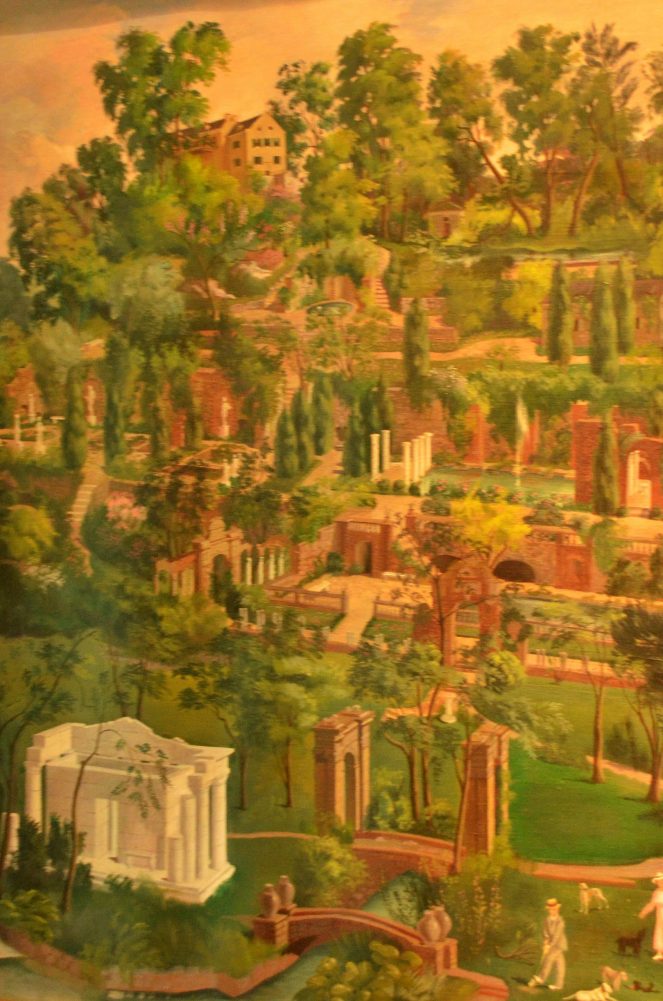 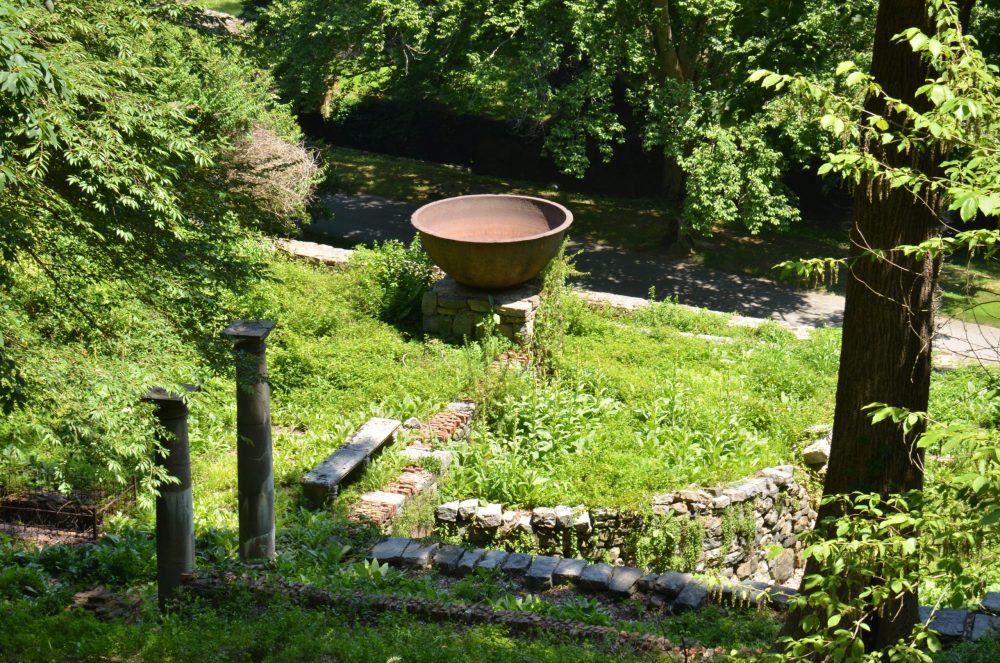 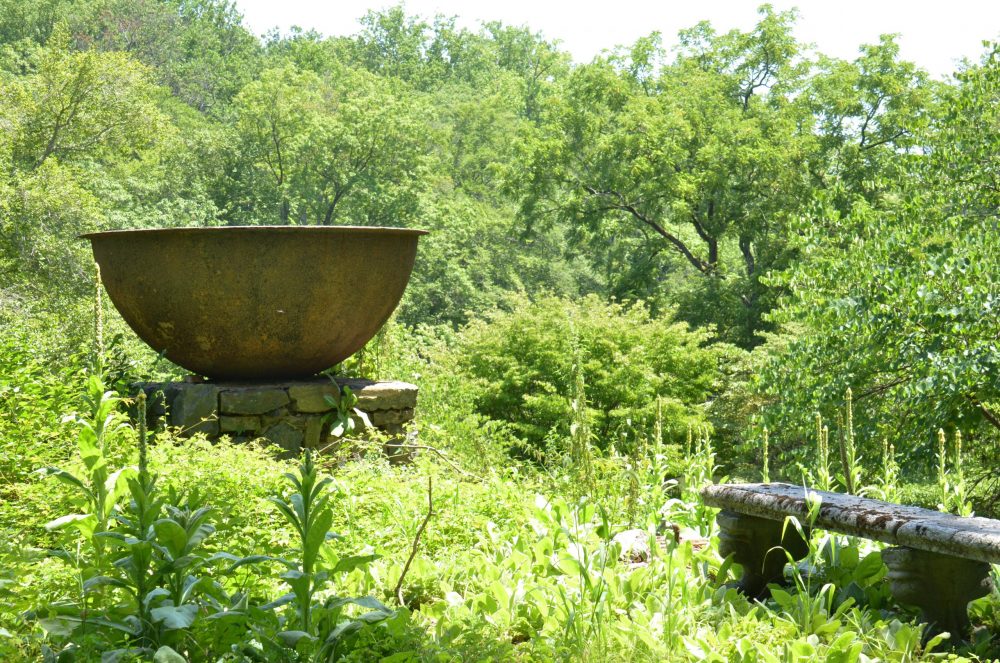 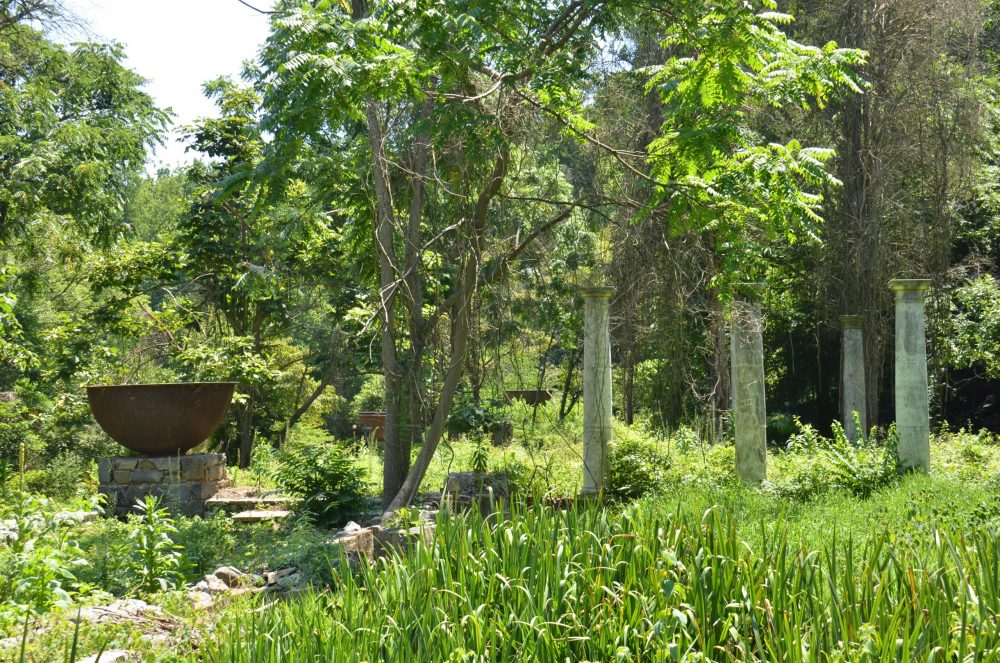 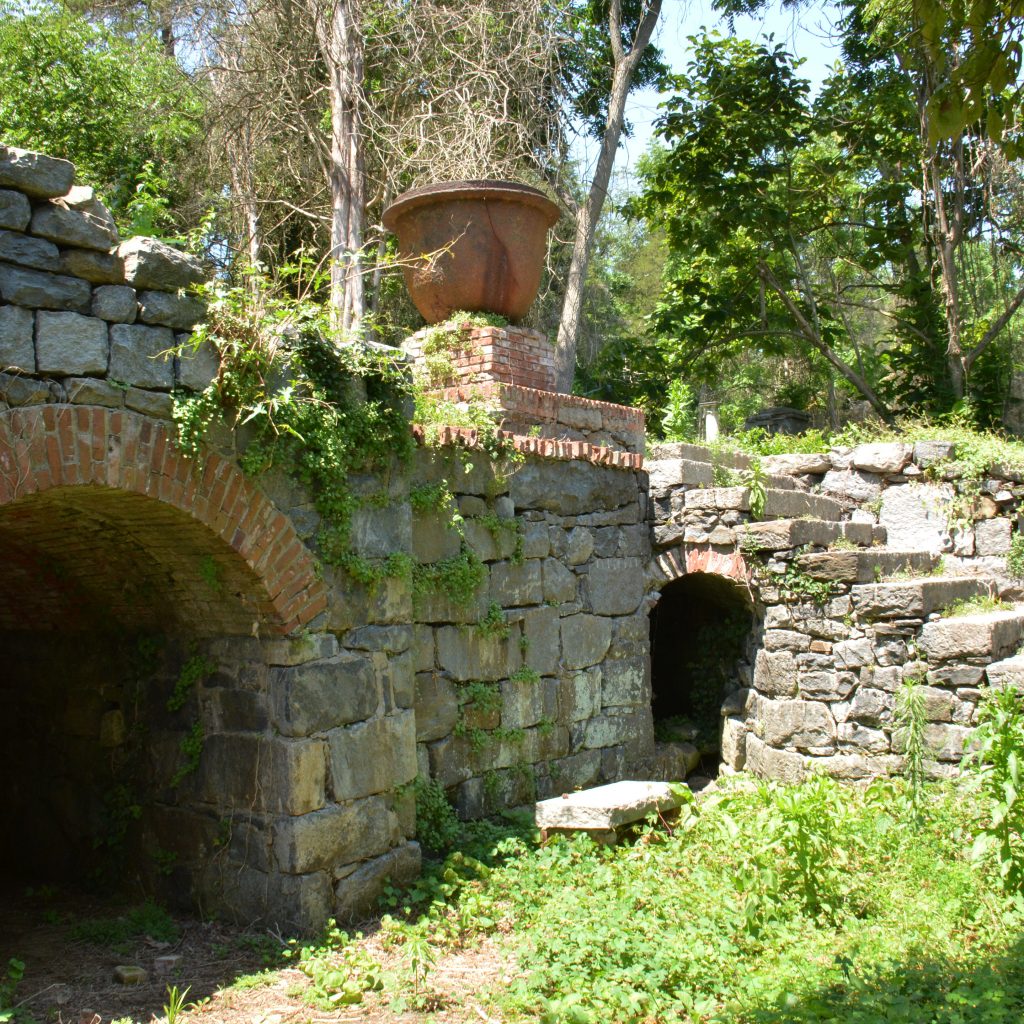 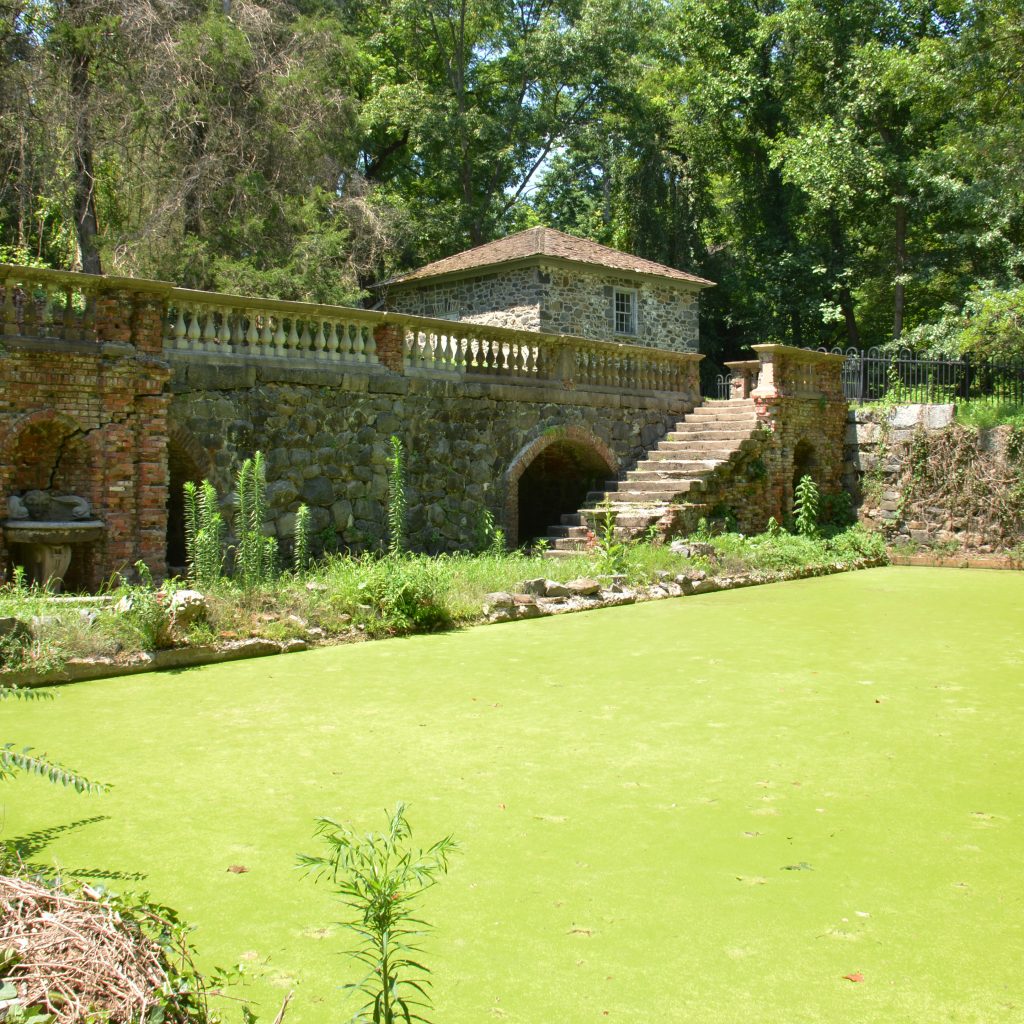 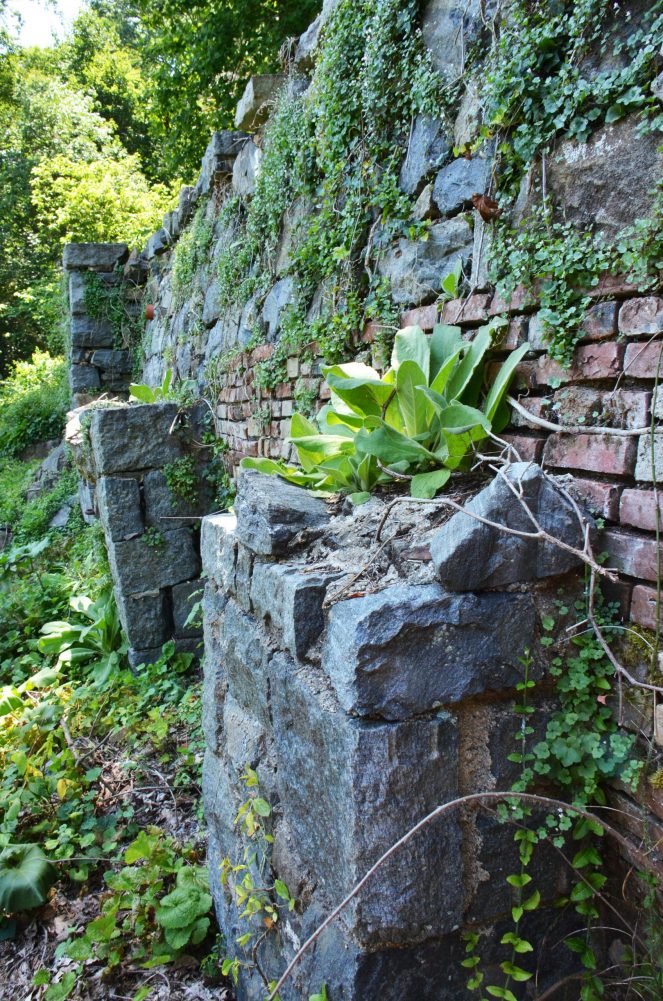 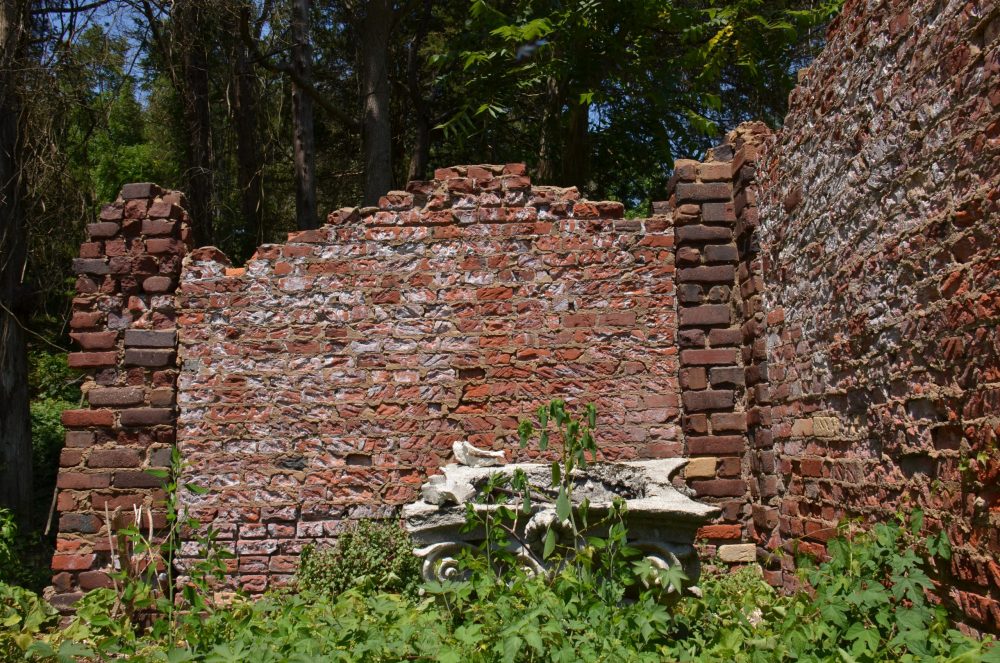 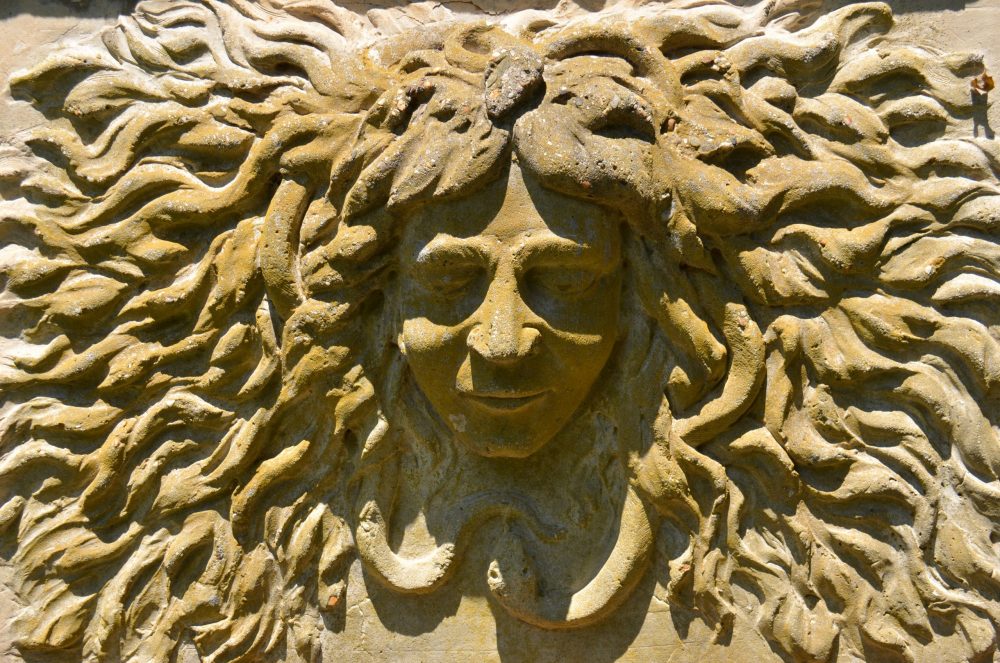 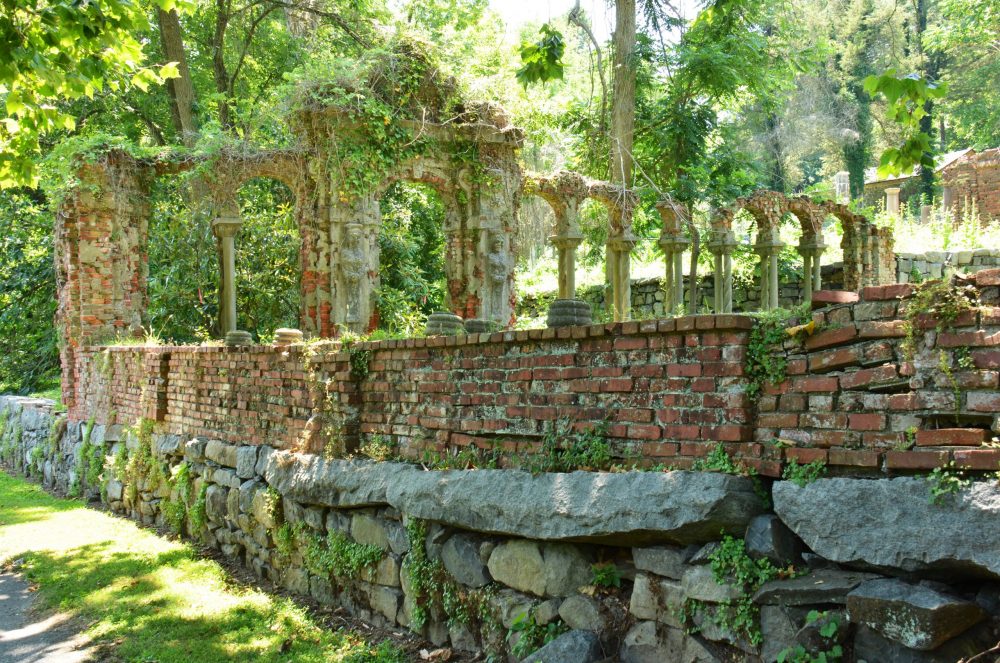 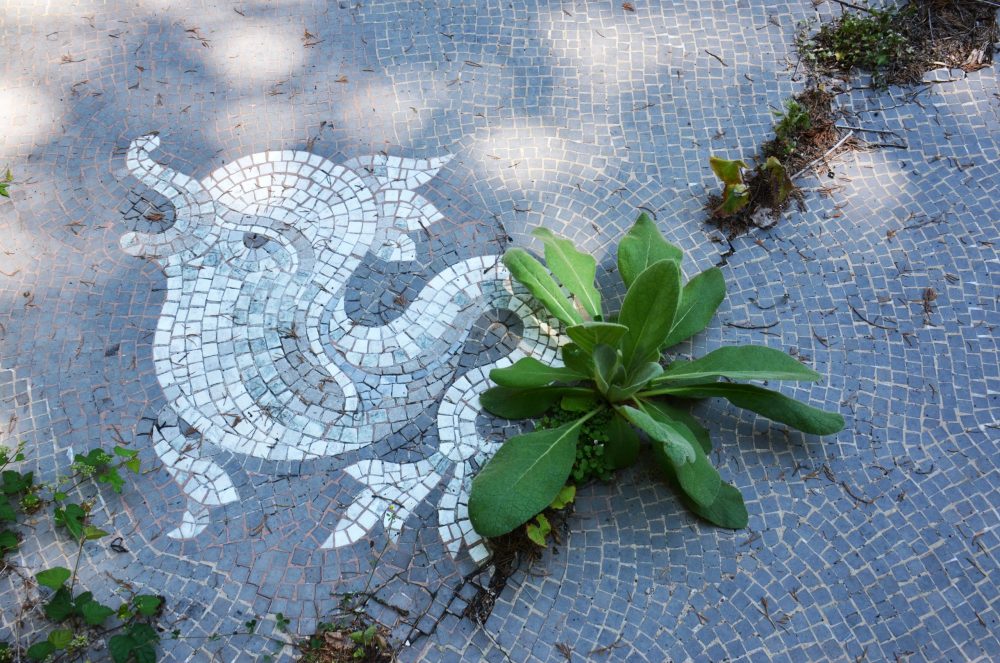 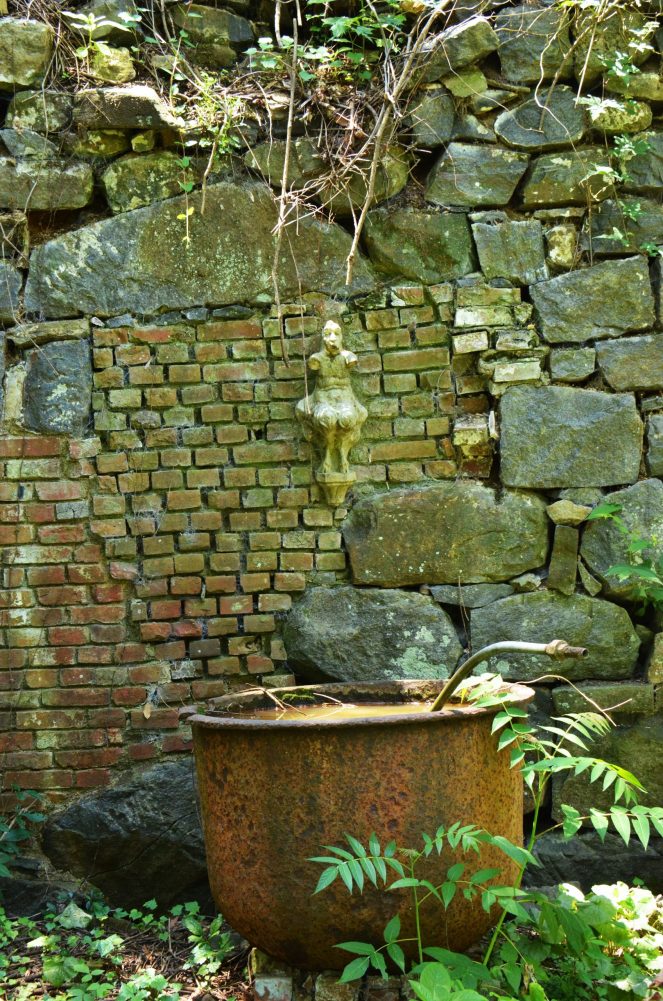 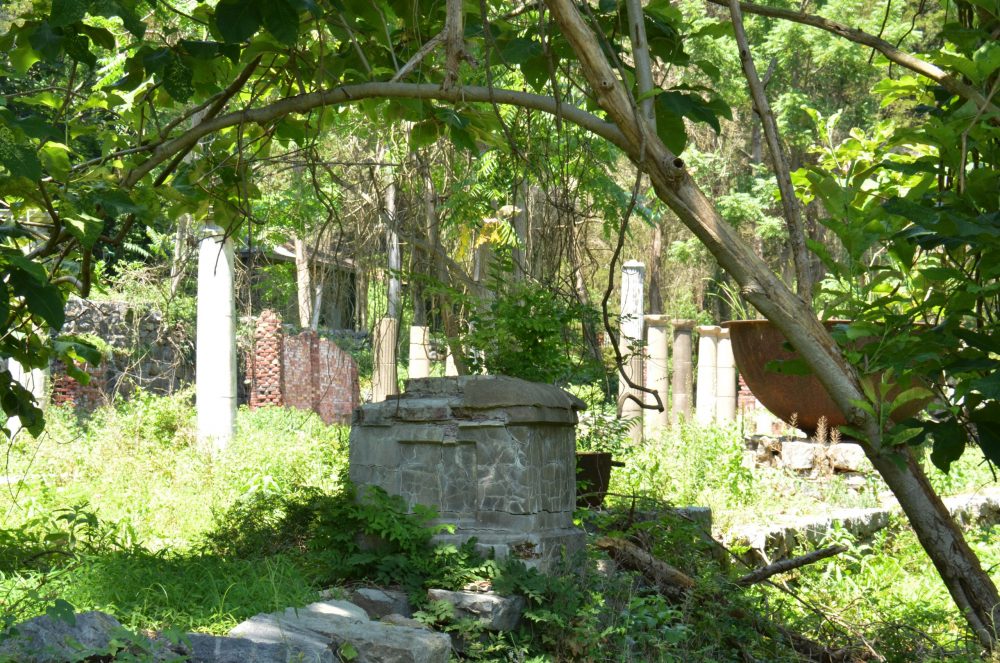 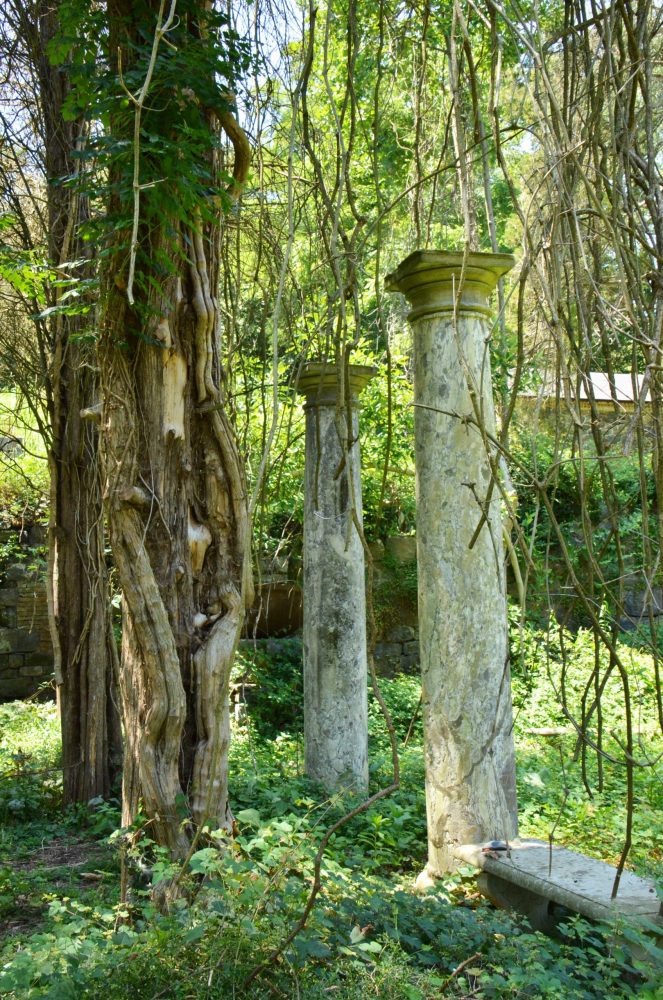 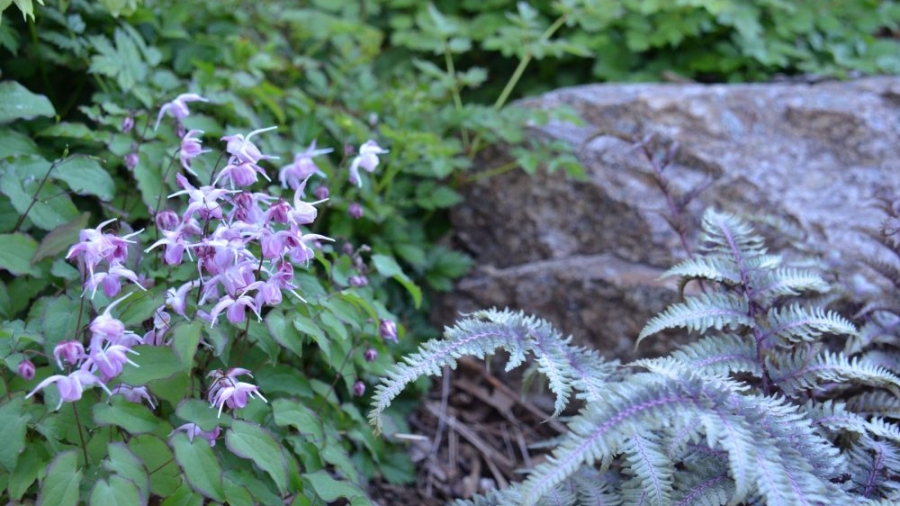 Spring is a busy time of year in the garden.  Not just for gardeners, but for the plants themselves. Blooms burst and colors explode.  Each day something new emerges.  A fiddlehead, a bud, a new leaf.  I take notice of the details and the overall scene. In particular, I observe combinations that work.

Dark colors contrasted with lighter make for an impressive display. The burgundy foliage of the Japanese Maple is stunning paired with the Phlox subulata that will eventually cascade over the stone wall. 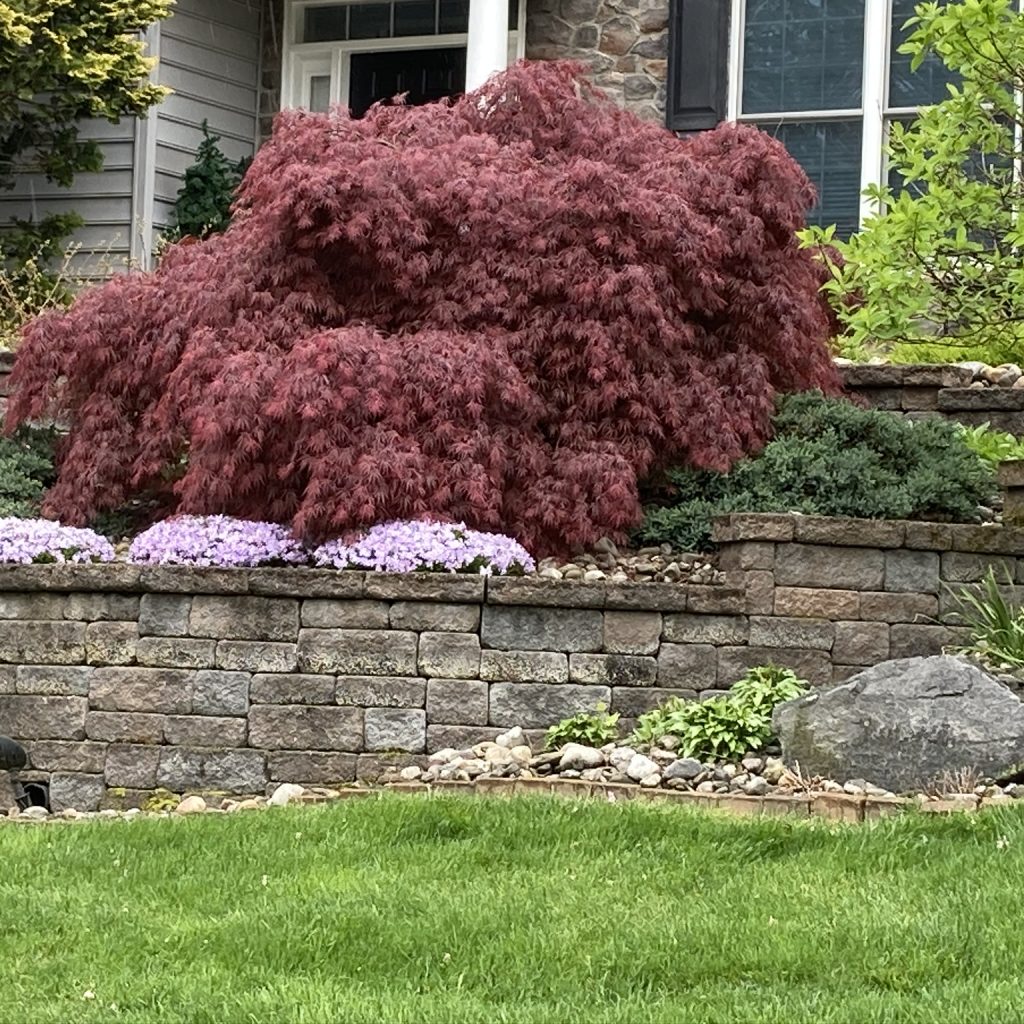 The brilliant dark blue of Aguilegia (Columbine) stands out against the lime green foliage of an Ilex verticillata. 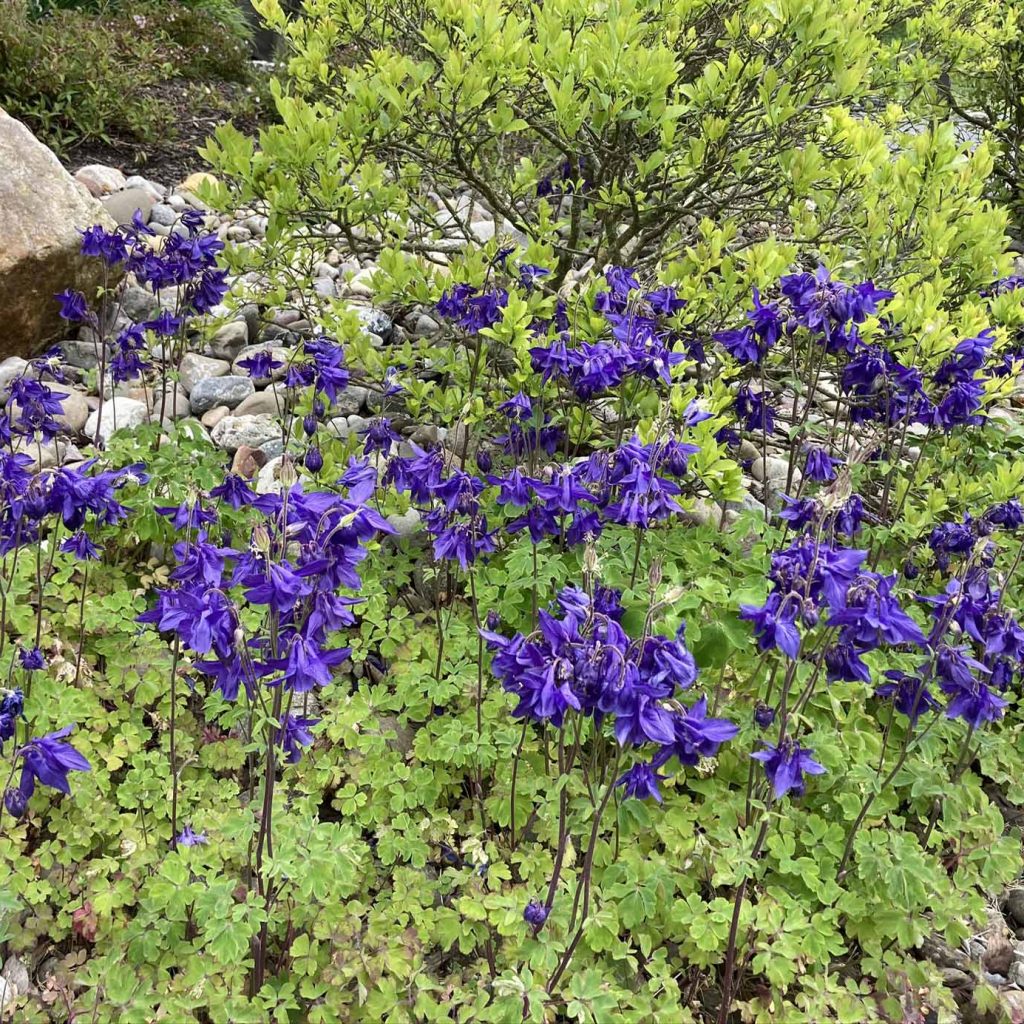 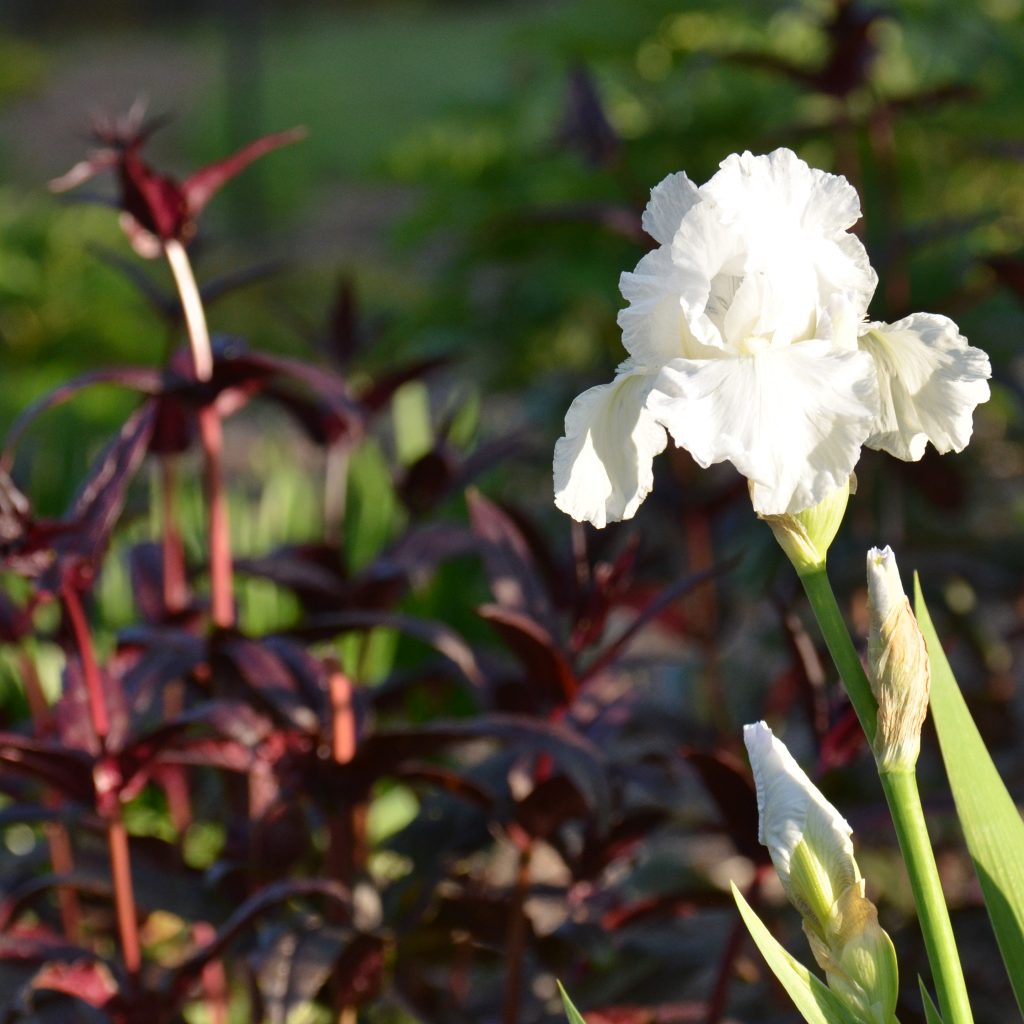 Soft colors and textures look great together as well. A peach Iris balances the pubescent leaves of Lamb’s Ear (Stachys). 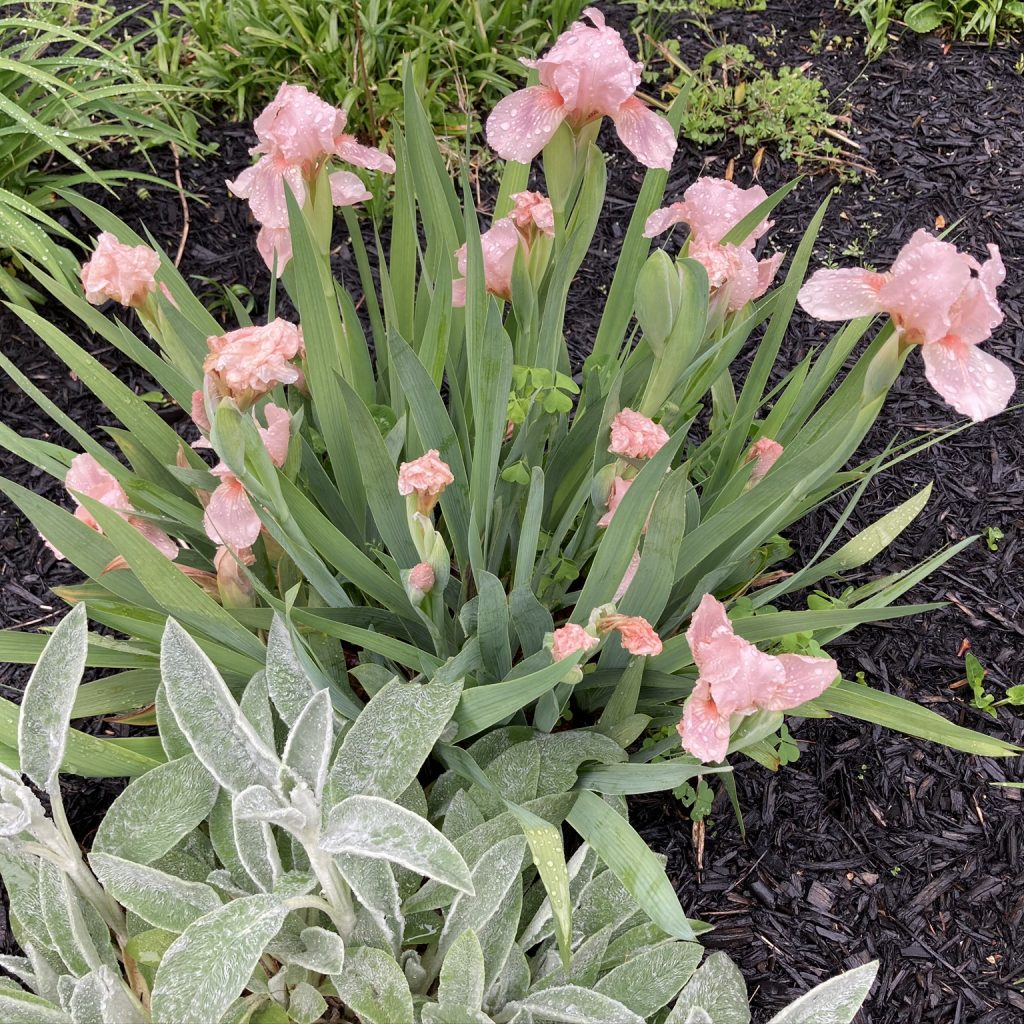 Garden ornaments perfectly complement plants too.  An elegant stone maiden is right at home amid some Pieris japonica. 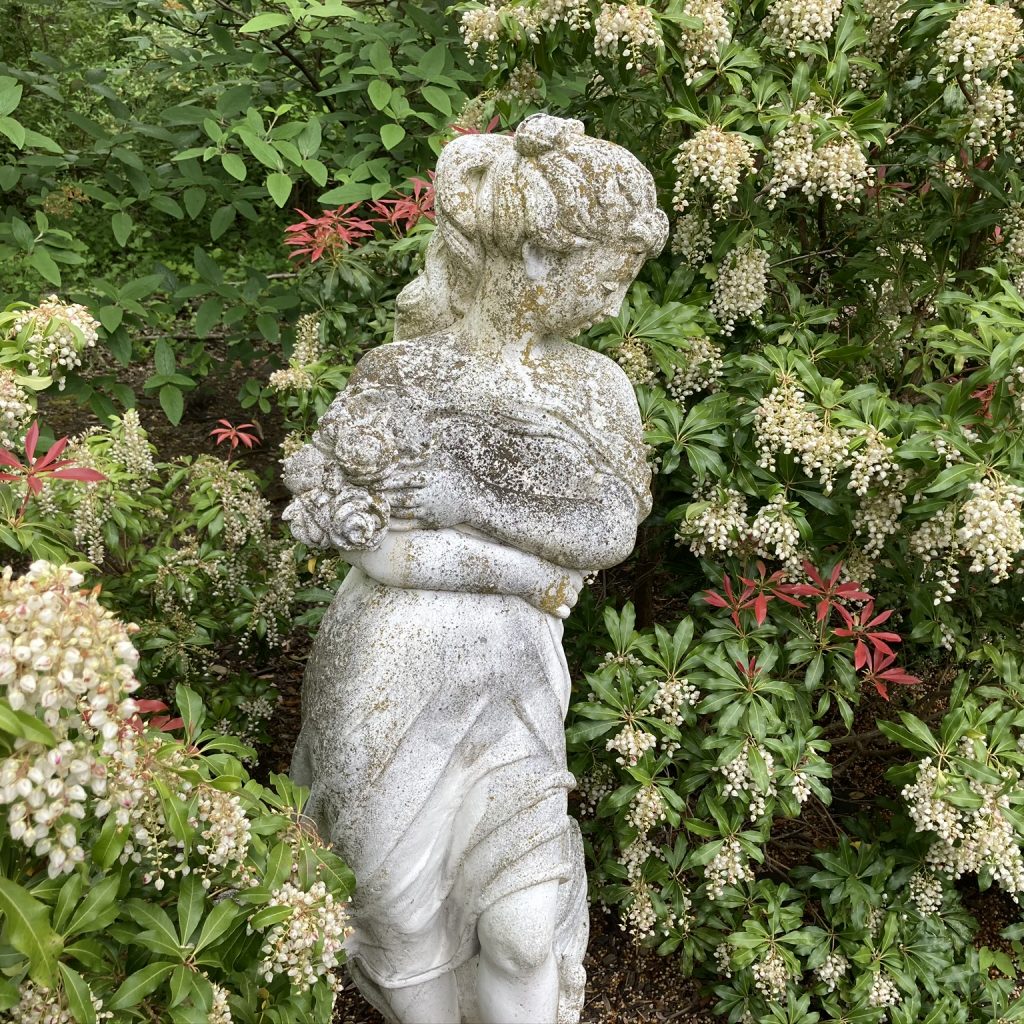 A cast sunflower leans into a nearby tree peony (Peonia suffrictosa) as if to say hello. 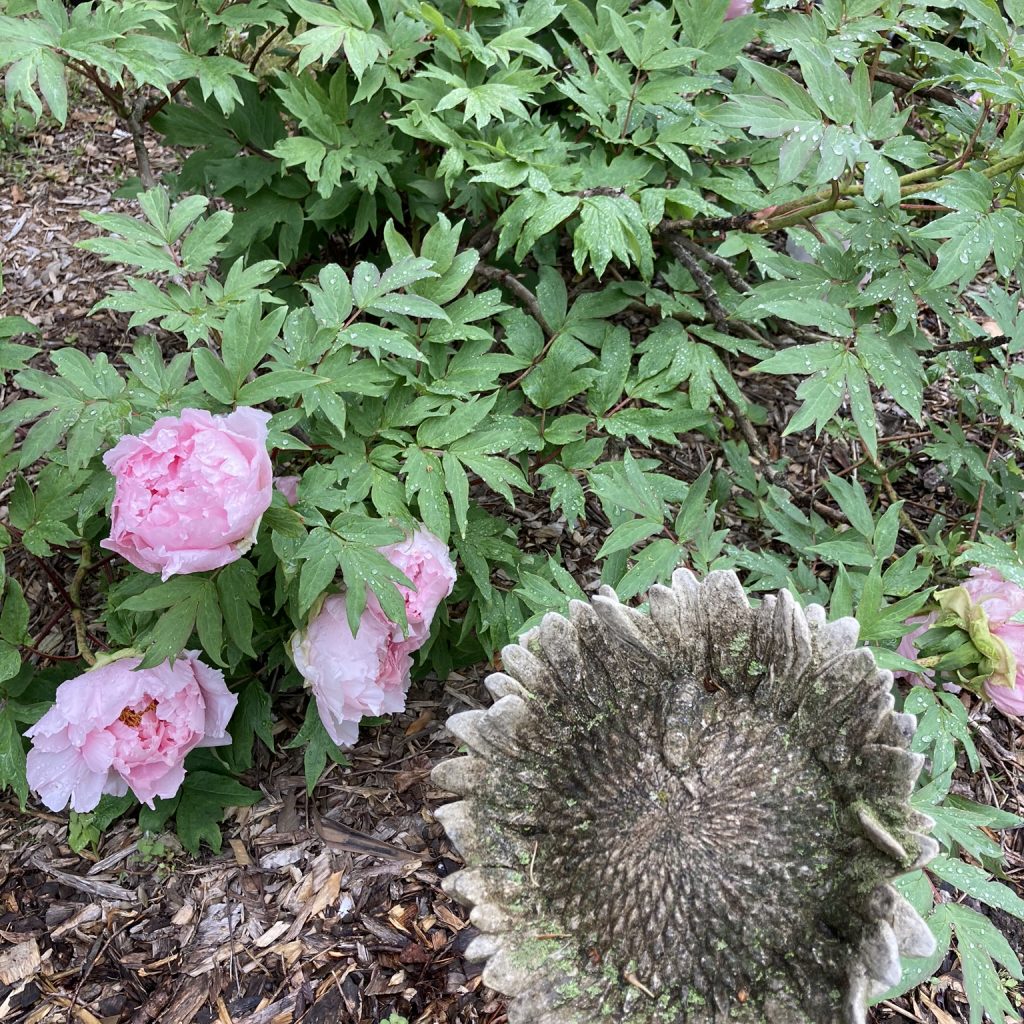 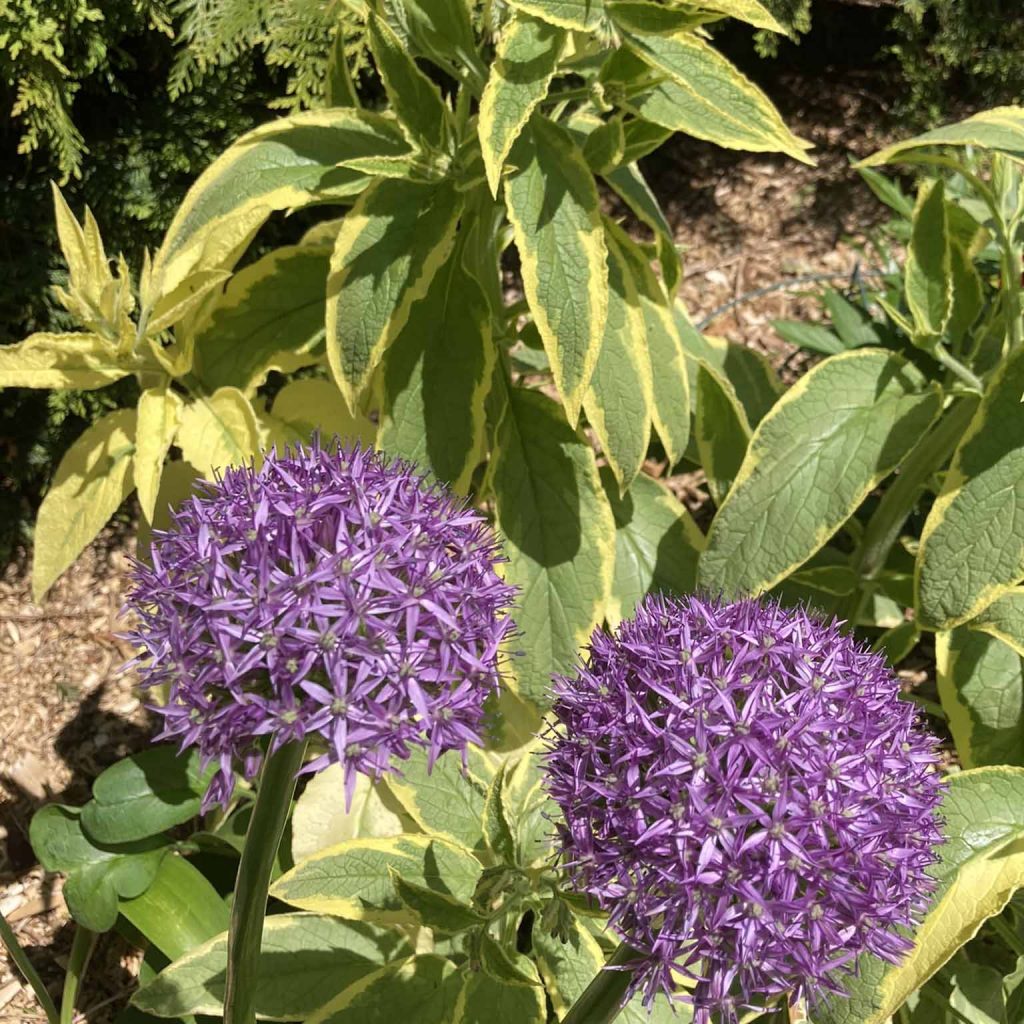 Other winning combinations include the use of a common color.  The purple flowers of Epimedium ‘Making Waves’ echo the purple veining in Japanese Painted Fern (Athyrium niponicum ‘Pictum’). 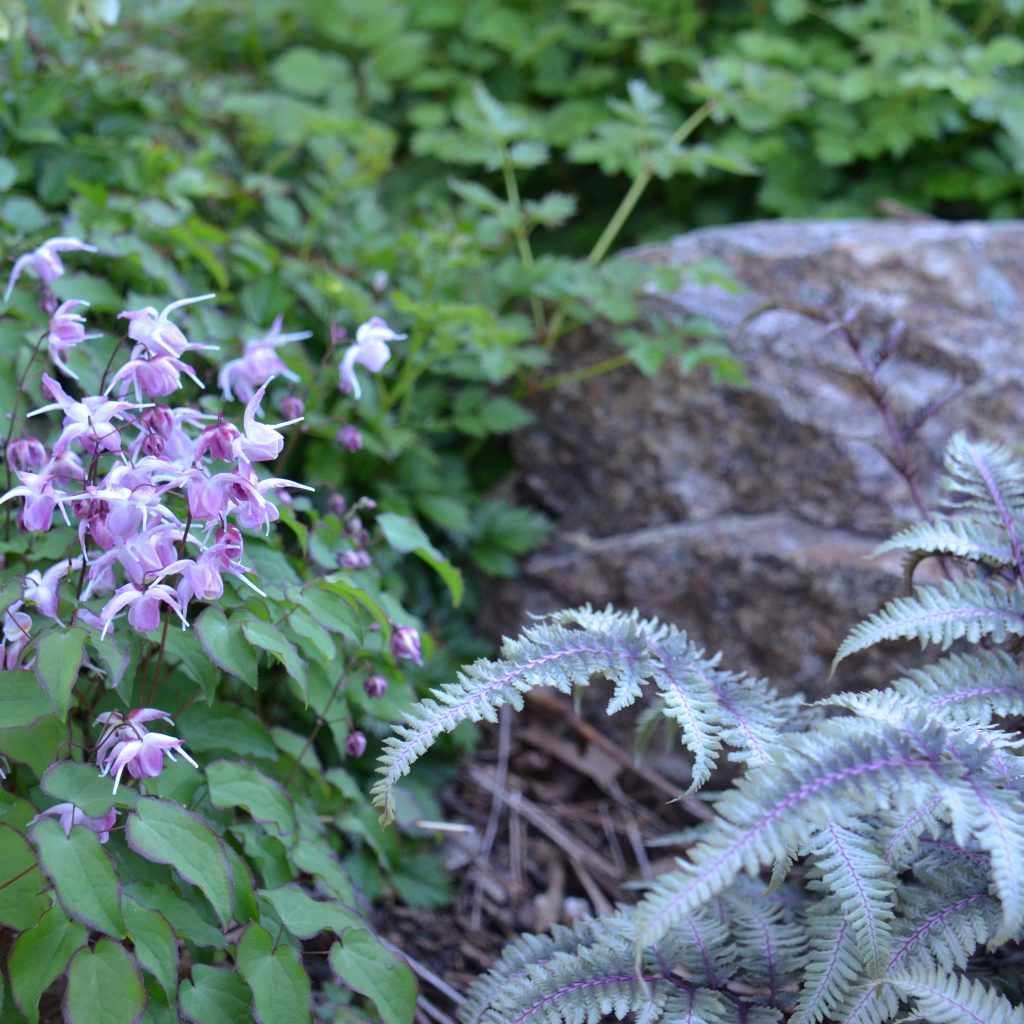 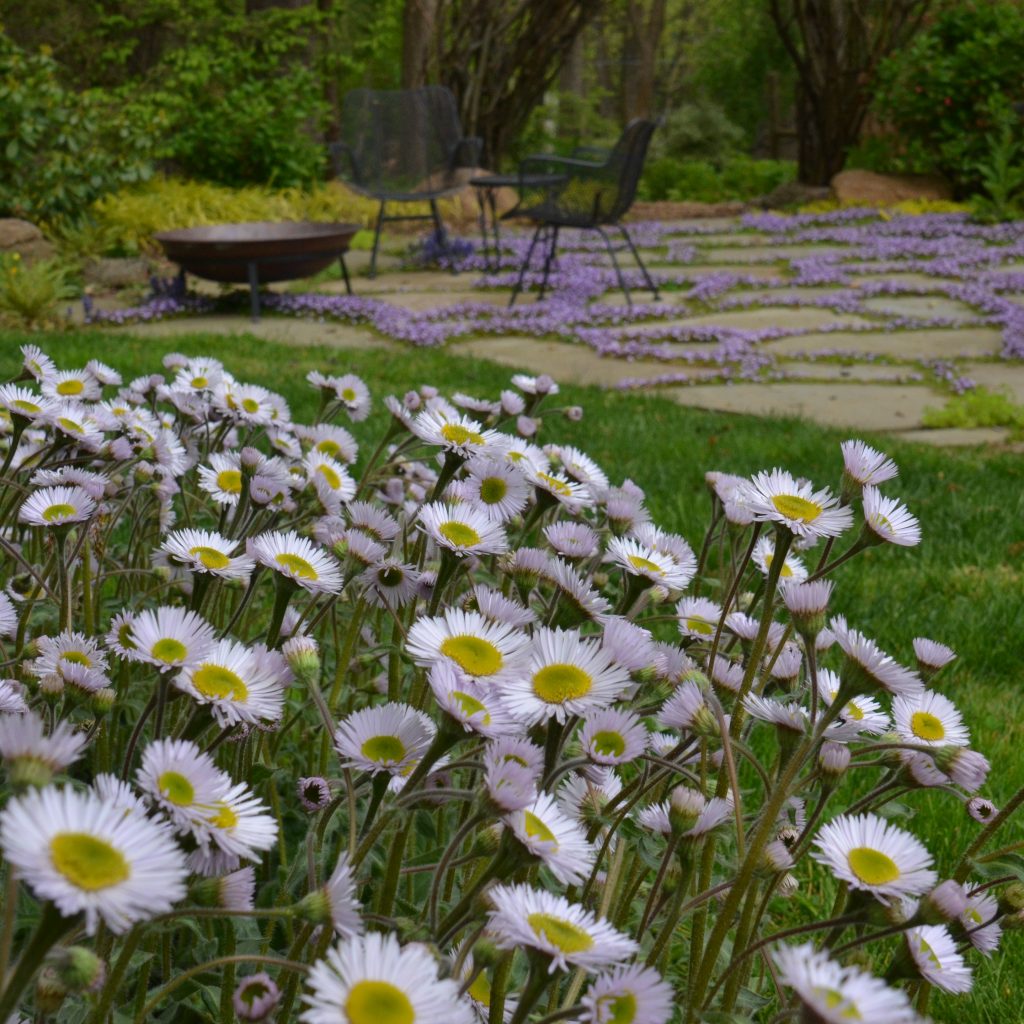 What are you noticing in the garden? I’d love to hear the winning combinations you’ve created or witnessed during this spring of quarantine.