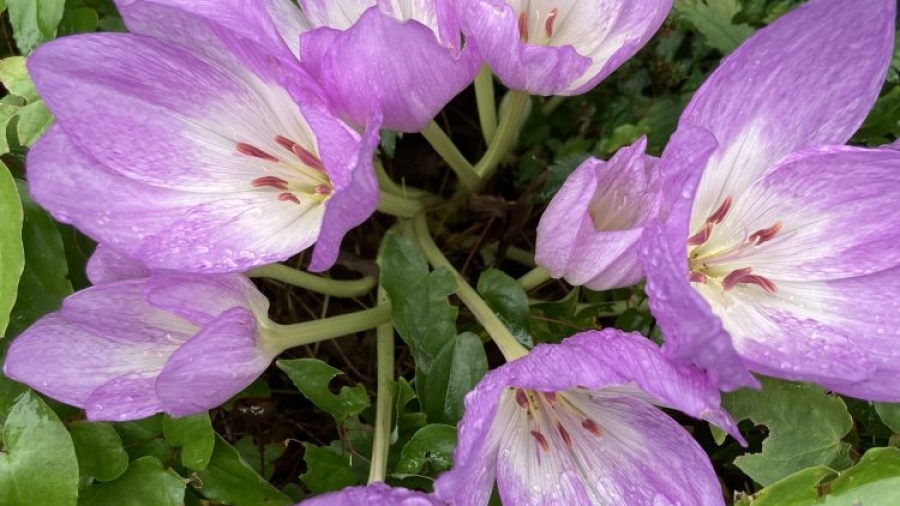 For years I have been making a photo calendar with images from my garden. I looked at all of them recently and noticed some consistent components, but also many additions and changes. The continual rebirth of the garden is something I love along with the joy that comes from taking note of every moment and every season. 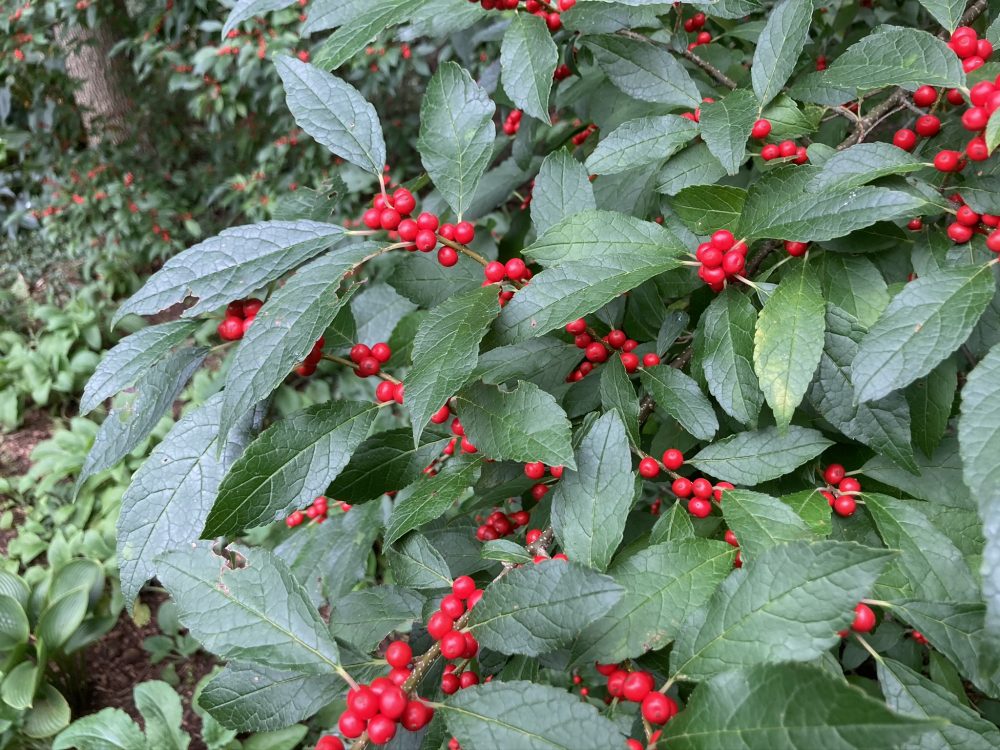 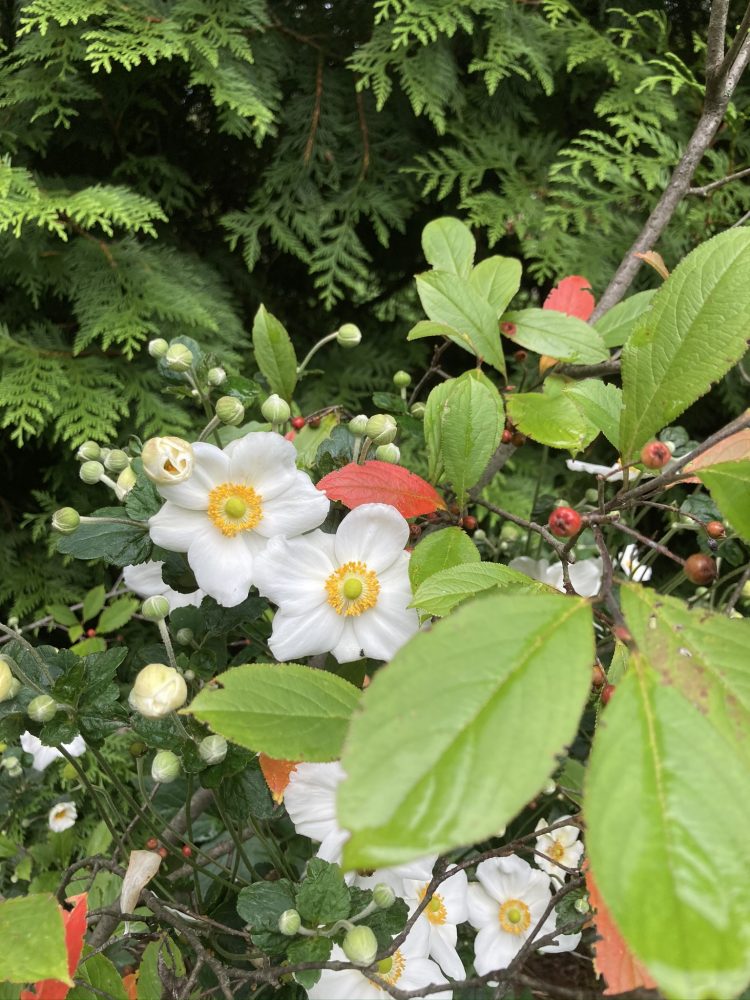 September is a notoriously busy month for gardeners. We dig, divide, plant, move and tidy up.  This process brings us peace and fills us with anticipation for spring and the realization of our new vision. 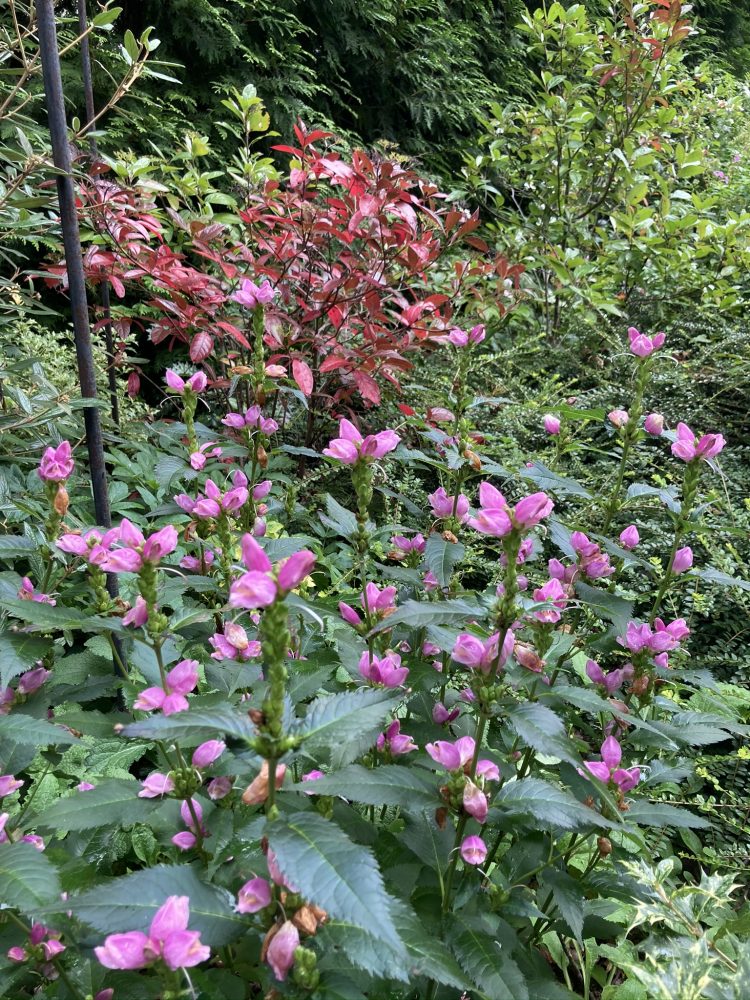 Last fall I added some Chelone from a friend who was thinning theirs out. I love the combination of Chelone and the fall color of Viburnum nudum. 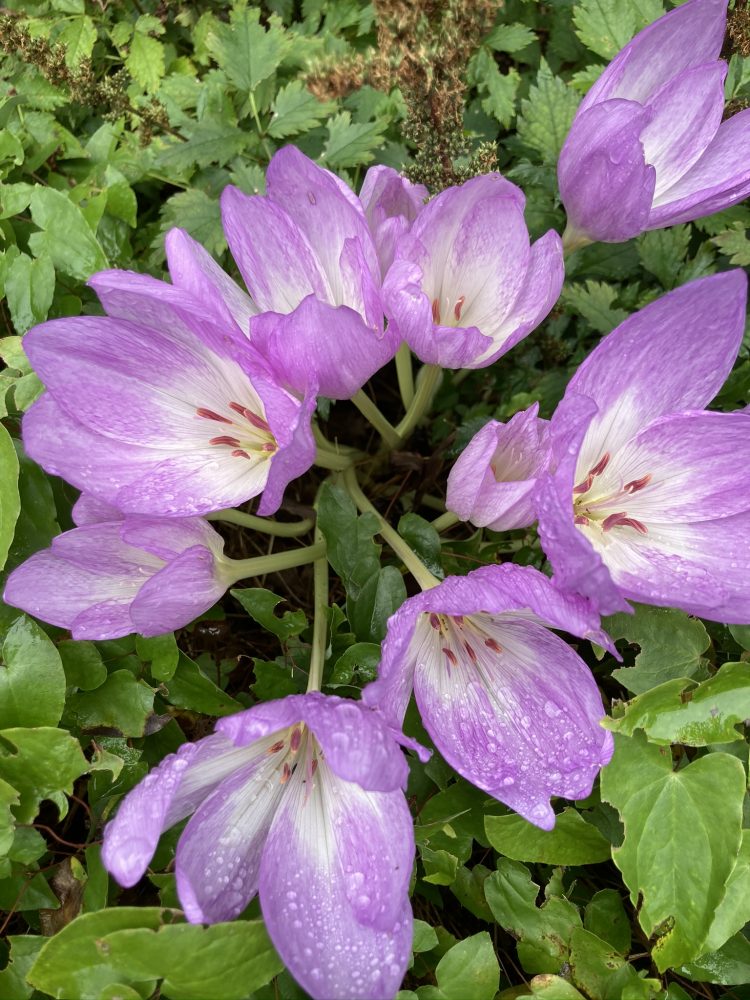 Bulbs bring recurring joy to gardeners. Colchicums peek through the foliage of other plants.

I encourage you take time during the fall season to capture some garden moments for yourself. Either take mental images or photos to record what’s happening in your landscape. Then repeat textural or color combinations that are working and address plant combinations or spacing that no longer make sense. Consider adding some plant material too. There are always new plants coming to market that have interesting colors, shapes, blooms or other desirable characteristics. I continue to remove more lawn and add more gardens. Feel free to follow in my footsteps if you like. 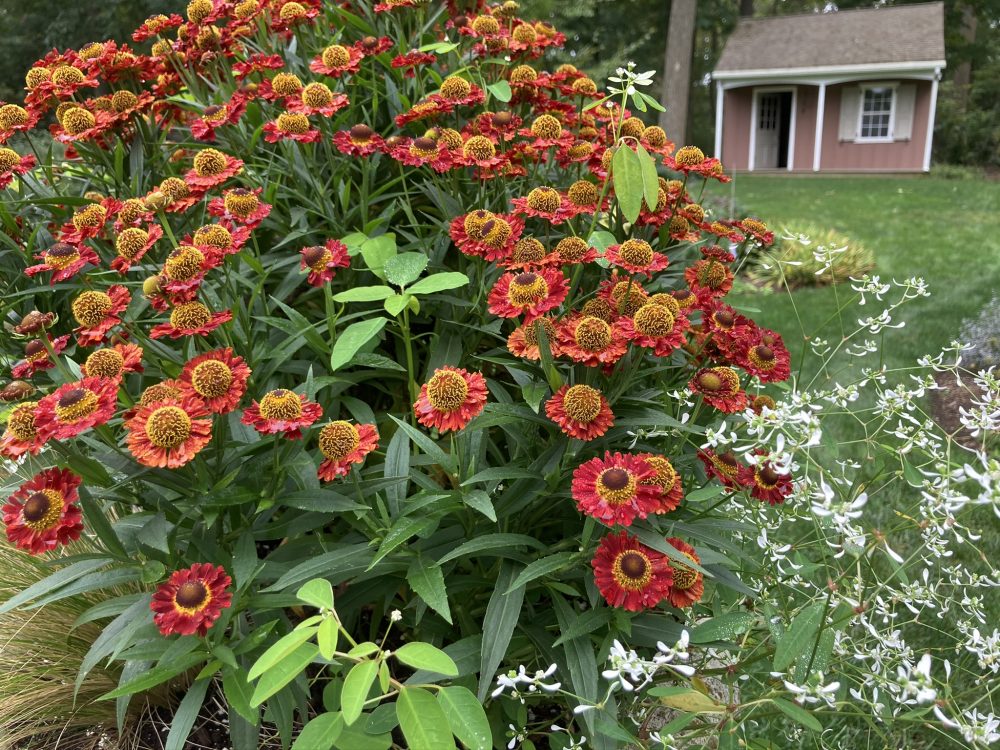 I added Helenium to my containers this year and will use them again next year. I adore the look. A wonderful alternative to mums. 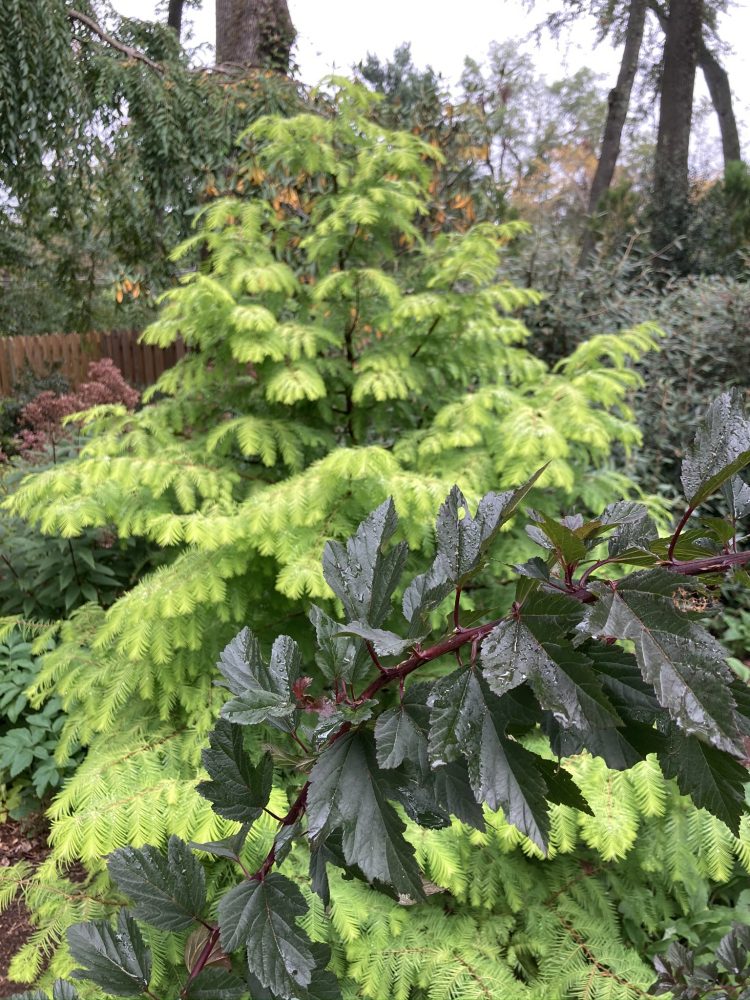 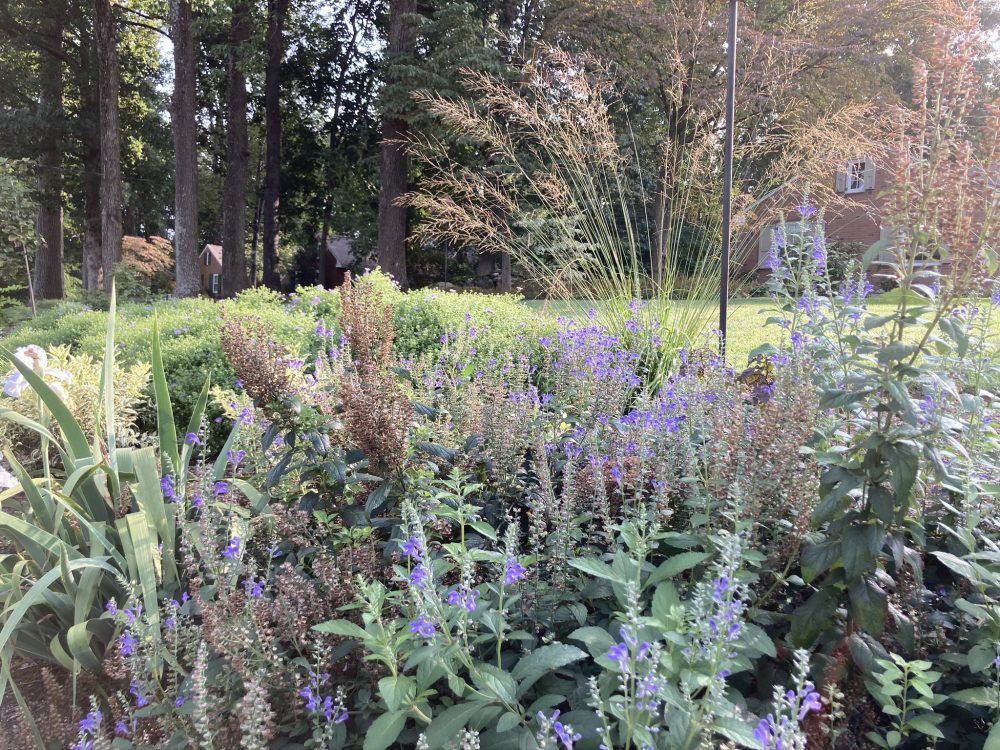 A year ago I removed a large section of lawn that I tired of mowing. Now it’s filled with sun loving perennials like Molinia ‘Sky Racer’ and Scuttelaria incana.

Promise me you will take time to enjoy playing in the garden during the frenzy of the fall. Take it from me, it’s a lot more fun that cleaning windows or changing out your wardrobe for the winter months. I hope you will share your garden changes and additions with me. I’d love to hear what you are doing. 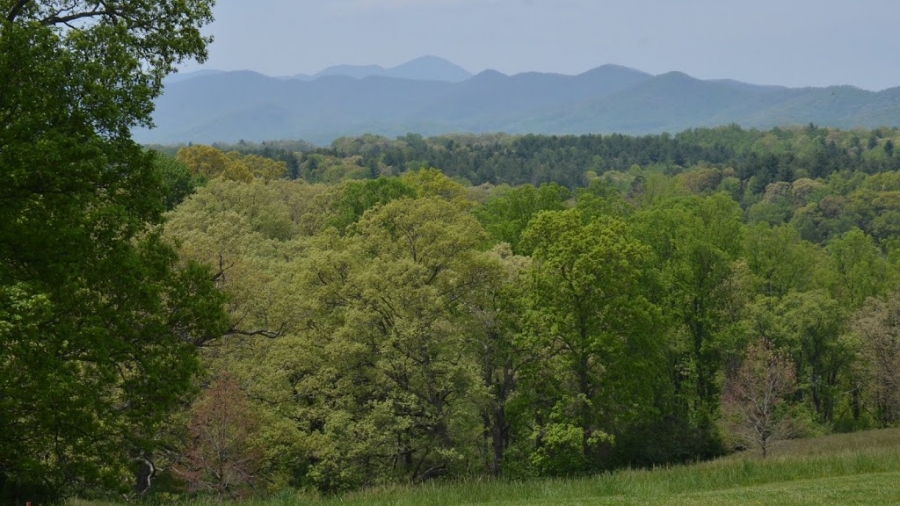